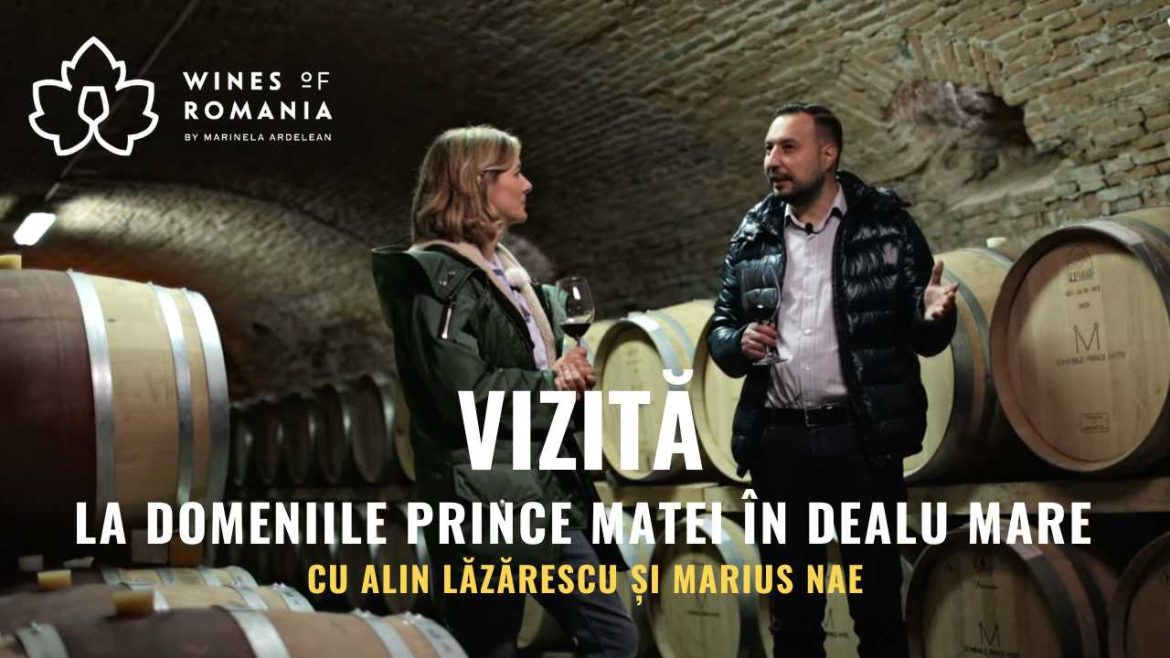 Marius Nae (production manager) and Alin Lazarescu (general manager) are the kind of people not many other know or get to see, but they are owed enormous recognition for the success of one of Romania’s iconic wines – Prince Matei. In fact, for much more than that, since – after the change of ownership, in 2019 – the brand has expanded over the entire vineyard, and at Prince Matei Estates today also produces Cuvee Matei, Petit Matei, Nasty or Bistrot.

The winery from Zoresti, Dealu Mare, was born at the end of the 90s, as part of the Vinarte company, and quickly became a wine lovers’s favourite, with the launch of the first edition of Prince Matei, in 1998. In 2019, following an extensive process restructuring, the winery from Zoresti became part of the Vintruvian Group, along with Via Viticola Sarica Niculitel. The expansion of the portfolio and a rebranding process followed, and today the development of the winery continues, by increasing the production capacity and building facilities dedicated to oenological tourism.

The wines of the Prince Matei Estates are often referred to as "terroir wines". What does this thing mean? Marius Nae gives us a brief "inventory" – first of all, it is about the insolation, about how much sunlight the two hills, Dealul Zorilor and Teganeanu, receive. Then, about the very balanced structure of the soil, with an ideal combination of gravel, clay and limestone.

Last but not least, the age of the vines, over 30-40 years, means deep roots, which pass through all the layers and provide the grapes with the sap full of minerals they need to produce memorable wines. At this age, the vineyards naturally produce fewer grapes, and the harvests, after the best grapes are chosen, reach only 4.5-5 tons per hectare.

When it comes to terroir, the two Vintruvian Group wineries share areas that could hardly be more different. As Alin Lazarescu explains, "In Sarica we are talking about a soil with high minerality, about the influence of the Danube Delta and about a lot of wind. When I think of Sarica, I think of the perfection of the Aligote there. Dealu Mare means body, extractiveness, structure, especially for red wines".

And, because one learns best through practice, the hosts exemplified with tank samples of 2022 Feteasca alba and Feteasca neagra rose, both just out of fermentation, but also with a future Prince Matei Merlot, from the 2019 harvest, which, after 14 months of aging in new French oak barrels, is almost readdy for bottling, and then will be aged in bottles for another three years.

The first two wines, however, need only a more few months, during which they will be perfected during maturation on fine lees. So they will be ready to be launched on the market, in principle, at the beginning of next summer, if (a big "if"!) those who create the wine consider it ready: "Wine means vineyard, conditions, people, technology, but also a lot patience. Only when the man who made it fully enjoys it, it can be taken out and shown to the world, so that the consumer can also enjoy it", explains Alin Lazarescu.

The Prince Matei Estates are preparing "The Passion after Matthew"

Beyond the future restaurant (including accommodation) and the new wine cellar, the future plans of Prince Matei Domains also include a new top range – Patima dupa Matei. A name that refers to the period when the work of the winemaker is reduced to waiting, analysis (which those from Biosystems say are conducted exempla at Prince Matei) and supervision, during which the impatience to see the finished wine becomes a tormenting passion that boils slowly and tortures him mercilessly. The new collection will include five wines from Merlot, Cabernet Sauvignon, Feteasca neagra, Feteasca alba and Feteasca regala.

Alin does not see himself living outside the world of wine: "Wine has given me everything I have, professionally speaking. I don’t just want to be in the world of wine, I want to be involved in its life, in all the stages it goes through, from the idea to the grape and then to the shelf. I want to give back the wine the same thing that the wine gave me", says the general manager of the Prince Matei Estates, an oenologist who also specialized in managing the financial side of the wine business, but who remains close to the grapes and to their journey to memorable wines.

And it’s a good thing, we believe – one of the proofs is the Geneza range, produced exclusively for Carrefour Romania’s Deschidem Vinul Romanesc / We Open the Romanian Wine program, a range in which Alin was involved, as he says he wants, from the initial idea to the realization of the labels and the wines. Which we hope you will taste soon!