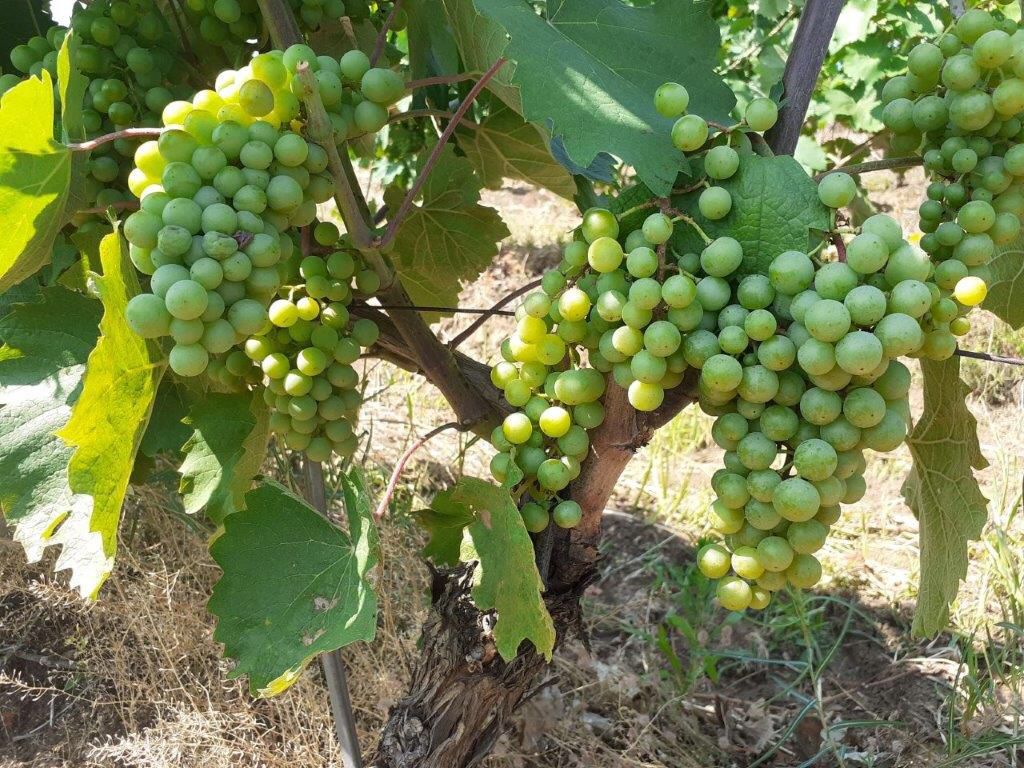 Together occupying 500 ha (2022), Cramposie and Cramposie selectionata do not compete, both having their own identity and an excellent mirror of where each of the two grapevine varieties is grown.

In Romania, the area occupied by Cramposie reaches 368.56 ha [ONVPV, 2022]. It is an autochthonous Romanian grapevine variety, prefiloxeric, being mentioned in the literature as follows 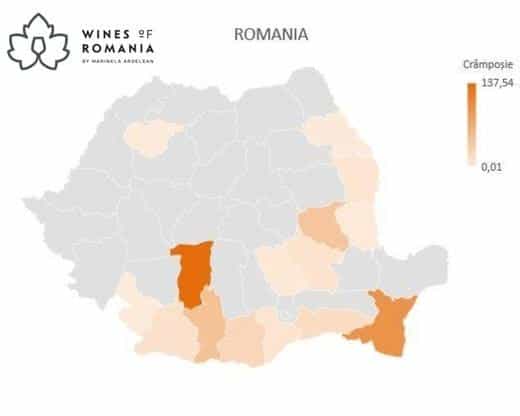 Cramposie is cultivated especially in the eastern and southeastern counties of Romania. The variety is cultivated in 15 counties, the largest area being in Valcea – 137,54 ha, and the smallest in Salaj – 0,01 ha. An enthusiast wanted to grow this variety in an area where it is considered a rarity (Crisana and Maramures region).

A grape with mixed table and wine characteristics, Cramposie is distinguished by the appearance and pleasant taste of the berries, with its elastic and relatively thick skin, being one of the most resistant grape varieties to storage over winter. If the bunches are left on the vines until the rachis is slightly dehydrated, around the end of October Cramposie gains in quality and storage resistance even until May of the following year.

The ancient legends of the Olt riverside inhabitants say that in its place of origin, Cepari-Carlogani, Cramposie was harvested three days after the first autumn frost, when the grapes turned reddish-yellow, with brown spots on the sunny side, and the taste was perfect. This is why one of the variety’s synonyms is Carloganca. 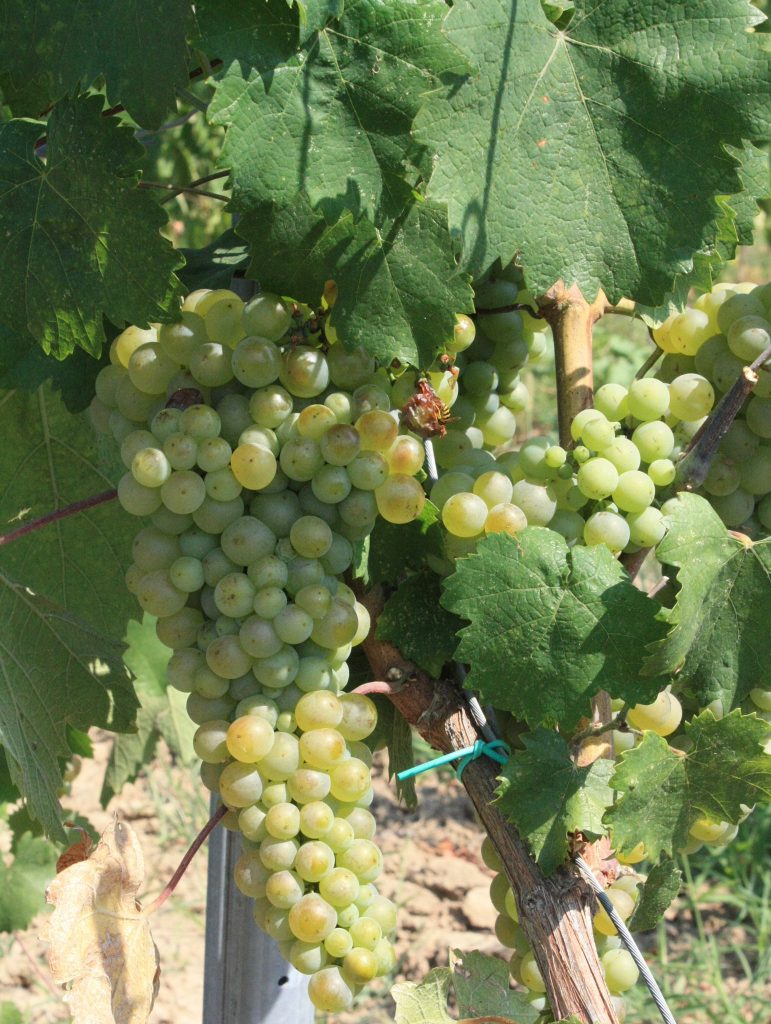 The Cramposie gave strength, Braghina made froth, and Gordan filled the cask

Cultivated in a mandatory technological assortment, to ensure pollination and constant production, along with Braghina and Iordan // Gordan, was part of the basic grapevine varieties in the vineyards of Valcea, which gave "Tulburel de Dragasani”(“Dragasani turbid wine”), where the old saying "Cramposie gives strength, Braghina makes froth, and Gordan fills the cask" appeared.

This is how they managed, in a few words, to say that Gordan was a high-yielding grapevine variety, that Braghina had berries covered with pruina on which wild yeasts, much more numerous than in other varieties, were spreading, and that Cramposie brought alcoholic potential to the wine.

An old Romanian grapevine cultivar, too little exploited, to the detriment of its selection, which has been listed in all the specifications, both for PDO and PGI, but without being included in the list of varieties allowed to produce varietal wine

Cramposie wines go well with Romanian dishes with fresh cabbage or venison with wings, but also with refined fish dishes and asparagus or broccoli au gratin.

The dependence on favorable agro-meteorological conditions, especially during the flowering period and especially the need to intercalate with pollinating varieties, led to the need to improve the variety by the positive selection method, which means the selection of specimens with the desired characteristics by the breeder and their vegetative propagation, by grafting.

In Romania, the area cultivated with Cramposie selectionata is 135,45 ha (2022). Selected at SCDVV Dragasani, Romania, the grapevine variety was homologated in 1972. 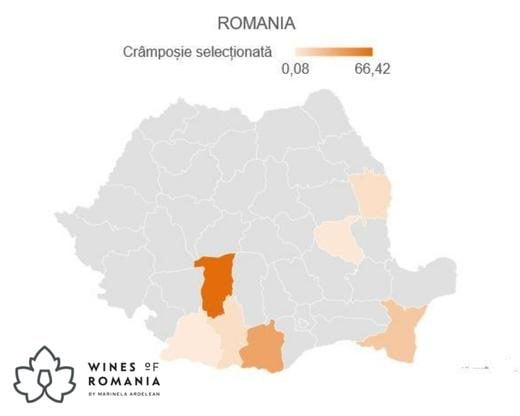 Cramposie selectionata is cultivated mainly in the southern counties of Romania, sporadically in the Moldavian region and more substantially in Constanta county. It is cultivated in 7 counties, the largest area being found in Valcea – 66,42 ha, and the smallest in Dolj – 0,08 ha.

The molecular comparison clearly shows two different grapevine varieties, each with a certain genetic heritage, which can be disseminated in case of possible crossbreeding to obtain new varieties. 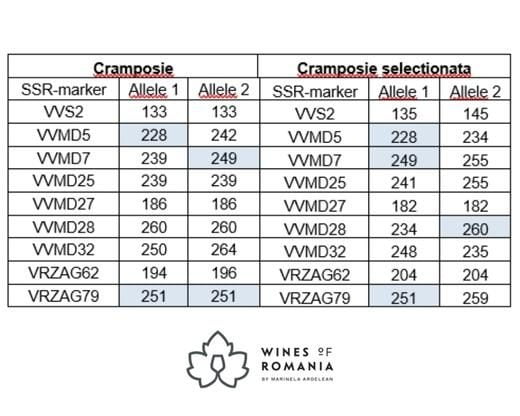 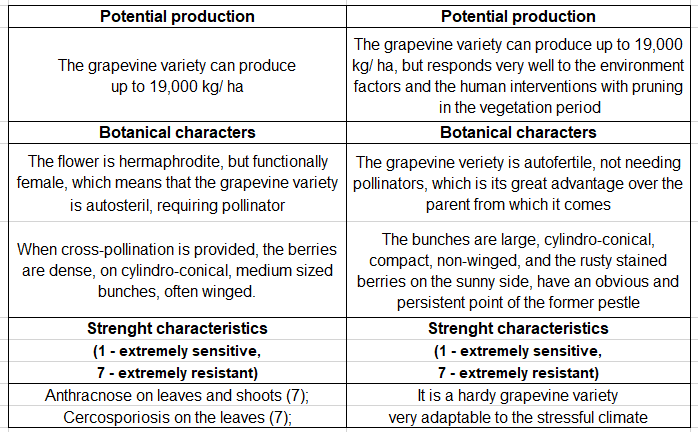 Wines from the Cramposie sisters recommended by Wines of Romania

Nowadays Cramposie selectionata is renowned both for its still white wines and its sparkling wines that so well mirror the freshness, subtle aroma and personality of the grapes from which they are made.