LOGIN
Home All The nobility of grapevine varieties
AllNewsAllViticulture

The nobility of grapevine varieties 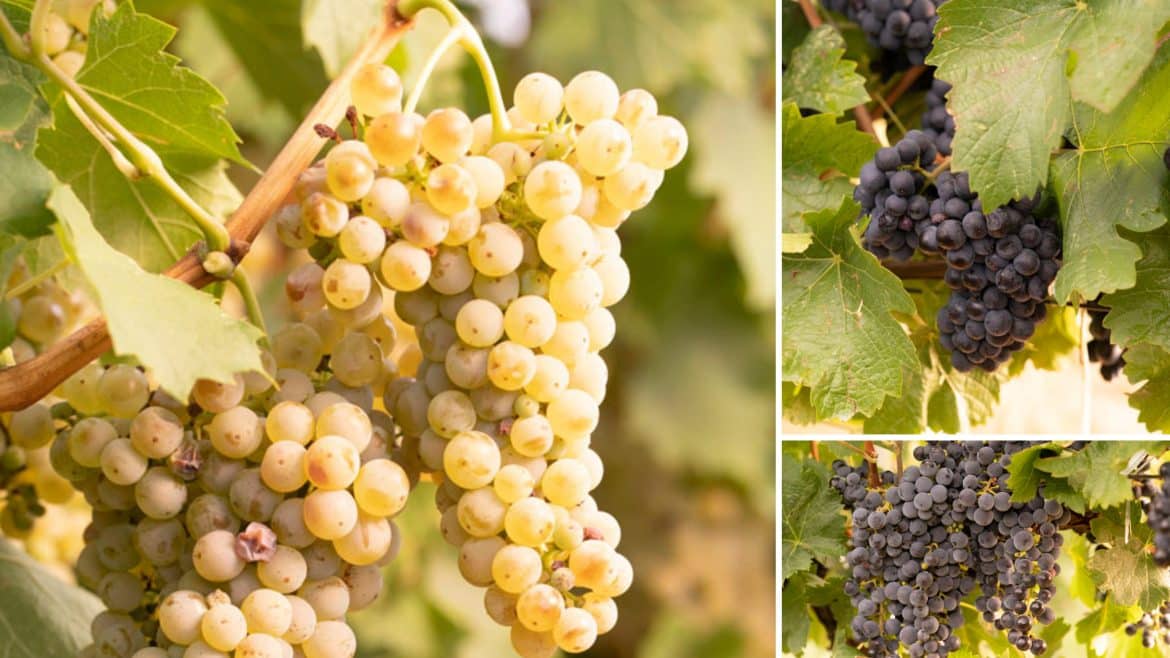 The grapevine fits the saying “You were nobily born”, because it is one of the plants that have been recorded as being useful for humans since ancient times.

What are the noble grapevine varieties?

If it were up to me, I would call all the grapevine varieties existing in Europe at the time when Phylloxera appeared on this continent, noble wine grape varieties. I would call noble grapevine varieties all the varieties found on other continents too at the time of the appearance of the devastating insect in Europe. Because that was an indisputable turning point, a moment of great change in world viticulture. Since that T-zero, nothing has been the same. This is how the Old World and the New World of viticulture was born, European viticulture and the rest of the World, the grafted grapevines and those on their own roots.

The later created grapevine varieties on the genetic background of the pre-phylloxerically varieties should be called varieties with noble ancestry or noble descendants. Just as the newly created varieties in the last decades, with resistance to certain diseases or stress factors are called PIWI, resistant varieties. Just as the crossings between species of the Vitis genus are called interspecific hybrids or, within the vinifera species, intraspecific.

A clarification in this sense is necessary, all the more so since the climate changes that are still being discussed and the need to adopt ecological and economic habits, enforce new horizons on genetic research and the improvement of varieties, not only in viticulture.

Why would only the 6 French varieties be noble grapevines: Cabernet Sauvignon, Merlot, Pinot noir, Chardonnay, Sauvignon blanc and Riesling. Gina Hennen, winemaker at Adelsheim Vineyard in Newberg, Oregon, says that "these varieties have earned their royal title in part because they have been planted around the globe and have formed the ‘cornerstone’ of winemaking over the last few centuries." [2] It is the opinion of a winemaker who works with Chardonnay and Pinot noir. If she would vinify Feteasca neagra or Touriga nacional , could she say that they are not noble ones?

How could they be inferior: Syrah, Sangiovese, Saperavi or Sarba? I randomized these names, but the list is composed of at least several hundred other names of grapevine varieties that deserve this appellation.

Memories from a closer past

Let’s take a little look at the statistics from 60 years ago (even now, in 2022, there are not too many changes in the ranking) [1]. In 1961, the largest wine-growing area was owned by Italy: 1.7 million ha. Spain also had almost 1.7 million ha, and France was only in third place, with approximately 1.4 million ha. The Soviet Union then had a little over 1 million ha.

Why would these be noble, especially the French varieties? Germany had 79 thousand ha and it is said that Riesling is a noble variety. Why? Because it lends itself to aging? Because it is grown in special conditions, mostly on steep slopes? Why wouldn’t Assyrtiko be a noble variety, as Greece then had over 200 thousand ha and difficult soil and climate conditions, as it has now too.

Romania had around 200 thousand ha. But Francusa is not included in the list of noble varieties, although in the past centuries it was the star of wines on the tables of European kings and emperors, in the famous Cotnari assortment!

Did you know that among the Romanian pre-phylloxerically grapevine varieties, the ones that survived and are cultivated even today: Batuta neagra, Feteasca alba, Feteasca neagra, Galbena de Odobesti, Grasa de Cotnari, Negru moale, Negru vartos and Tamaioasa romaneasca alba, rosie and vanata have undisturbed biological purity? Why wouldn’t they be noble?

Noble can be synonymous with distinguished, elegant, perfect, with grace. Maybe that’s why, the great professor Viorel Stoian [3] said about the Burgund mare from the western wine-growing area of Romania, that it is a wine that should not be classified among the high-quality ones, because it is too vigorous, full-bodied, tannic and intensely colored. What could be contradicted at any time by Austrian oenology, with its fine wines of this variety ( Blaufränkisch, syn AUS, at no. 427 in the OIV varieties Catalog).

On the other hand, if Gina Hennen states that noble grapevine varieties are those that have an "increased ability to express how and where they were grown" [2], then I don’t think there is nor a nobler variety than this Burgund mare (Grosser Burgunder, Blaufrankisch, Kekfrankos, Frankovka, Limberger), which, cultivated on the steep hills of the Minis vineyard, Arad-Romania, faithfully expresses the rock rich in iron oxides, the thinny soil poor in humus, but rich in microelements and exposed to the sun at the expense of a rich water regime.

"It is not enough to choose a noble grapevine variety to make a noble wine," says Patrick Carteyron, winegrower and owner of Château Penin near the village of Bordeaux Génissac (France), who says noble grapes have the potential to produce great wines under the right circumstances, but the choices made by growers and winemakers are key, as are factors such as soil and climate. [2] Or, as one of Murphy’s laws said: "if you put a spoonful of sewer water in a barrel of wine, everything will turn into sewer water. Therefore, if you put a spoonful of wine in a barrel of sewer water, you will have sewer water for sure."

Great wines, famous contests and the nobility of wine

If we take an objective look at the medals won by wines in international competitions (the number of medals compared to the number of competing samples of the same grapevine variety), we may have big surprises. That’s probably why competitions specific to a certain variety are held: Concours Mondial du Sauvignon, Chardonnay du Monde, because they don’t really win medals in the classic competitions.

What do we do with the noble Pinot noir, if already, on a planetary level, the Mondial des Pinots is held, where the entire family of grapes from the Pinot group is judged.. Brothers Pinot noir also noble? Or are they, but like that… stepbrothers? At Vinarium 2022, the Grand Gold Medal was awarded to 8 wines, among which only one "noble variety". And the one picked from the Moldavian plains. [4] The highest score was obtained by a Spanish variety, which is not on the short list of so-called "noble" grapevine varieties.

I remain convinced that any grapevine variety, which does not have in its ancestry any crossing with phylloxera-resistant hybrids or which does not fall into the category of PIWI-resistant varieties, should be called noble grapevine variety. Torrontes, Vidal, Cramposia and many like them, are noble winegrape varietiesthey have "blue blood", because they come from an area where they were native, not grounded.

I do not support the theory that cosmopolitan grapevine varieties, which can be cultivated anywhere in the world, are more "royal" than the autochthonous ones for each adopting country.

Romania officially has 78 grape varieties registered in the list of 162 wine varieties allowed for planting. What would it be like if we could find wines on the market whose labels would remove from obscurity, at least our national varieties?

An effervescent future for the wine

Who will harvest Queen’s grapes? Romanians can! Romanians will!