LOGIN
Home All An effervescent future for the wine
AllNewsAll

An effervescent future for the wine 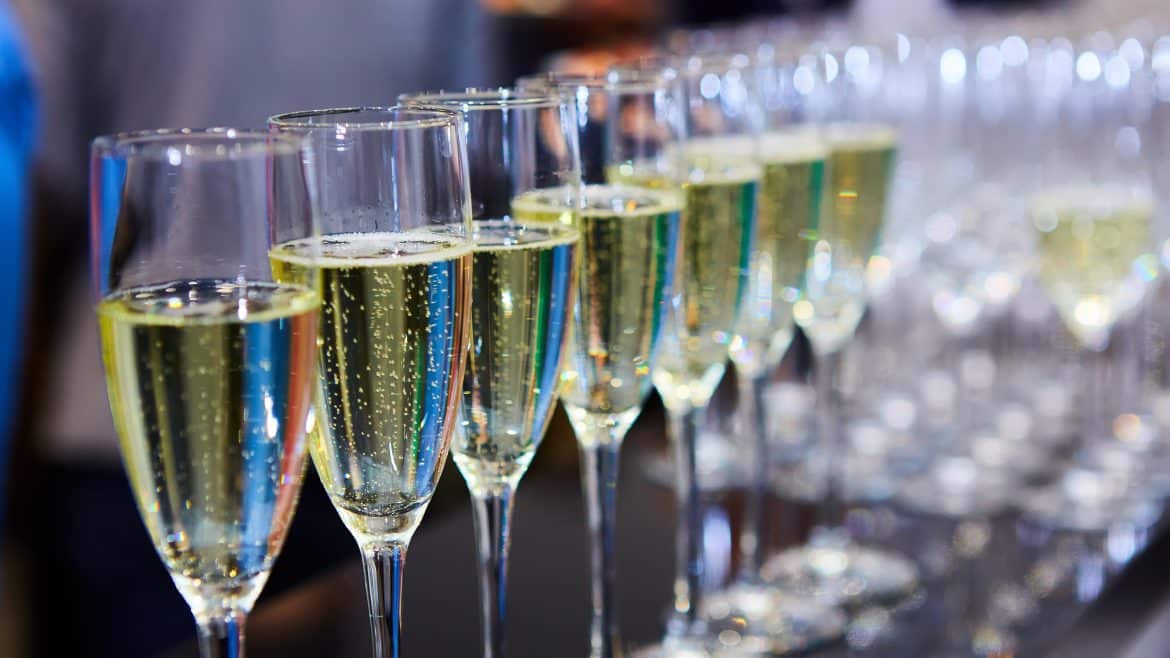 Sparkling wine is being brought into the spotlights as a response to the market adaptation, because we cannot give up the beloved pearls in glasses, no matter what the horizon weather looks like.

Does history repeat itself when we choose our favorite wine?

A study carried out in 2021, by the consulting company Kantar for the French wine industry, shown that the average age of consumers of still wine has increased over 65 years and that’s the steepest decrease in the consumption of this type of wine that took place in the segment aged 50-64, followed by the 35-49 segment. [1]

Let’s take a look at these numbers from a different perspective. The year 2008, the first major financial crisis of this millennium. Those who in 2021 were between 50 and 64 years old, in 2008 were 37-51 years old (roughly around the 35-49 years old panel, to which the Kantar study refers).

There is a cyclic evolution of consumer’s taste, given by the natural trends or is it a huge manipulation through advertising, depending on the interests of producers or traders?

The Kantar study motivates the financial caution in defense of the 50-64 year old group, as they would avoid buying still wine for economic reasons, even though it is the most financially stable generation. The respondents stated that they prefer local products or that they appreciate a good quality/price ratio. [1]

Maybe they did not ask the right questions, in order to highlight the consumption preferences context. I see a good quality/price ratio, like it is the case concerning sparkling wines produced by the Charmat Method, compared to the Traditional method!

From Asti to Prosecco, the effervescent shift

Asti-type sparkling wine, sweet and aromatic, low-alcohol, specific to the Piedmont area, was proclaimed to be the favorite of high society ladies until the 60s. As vinification techniques and fermentation technology experienced real progress, the production of sparkling wines with second fermentation in hermetically sealed tanks developed and Prosecco wine gained momentum on the market.

When did the great expansion of Prosecco sparkling wines take place? In 2008! With the first worldwide financial crisis of the millennium. The British claim that they are the biggest wine merchants. Weddings and parties where sparkling wine was delivered quickly switched to Prosecco, instead of Champagne. Suddenly, the budgets allocated to drinks for events were almost cut in half. In 2016, the British consumed a third of the Prosecco production. [2]

The name Prosecco comes from the name of Prosecco, a suburb of the city of Trieste, Italy. Prosecco was born in 1948, at the famous Harry’s Bar in Venice. The ‘Carpenè Malvolti’ winery was the first to produce Prosecco as we know and consume it today. [3]

Prosecco is generally produced from the Glera grapevine variety. It can be made with Perera(Pevarise), Bianchetta Trevigiana and Verdiso as well as with classic varieties: Chardonnay, Pinot gris or Pinot noir.The Prosecco brand is present on the market with three types of wine: sparkling, frizzante and still wine.

In order to protect its newborn star, Italy established, starting with 2009, the protection system of the designation of origin to the effervescent Prosecco, so that many areas of sparkling wine production with the second fermentation in the tank received D.O.C. – Denominazione di Origine Controllata or D.O.C.G. – Denominazione di Origine Controllata e Garantita and they became classy wines, with guaranteed traceability and a biography that began to be written in bubbling glittering letters.

The years of the coronavirus pandemic (2019-2021) have extremely changed people’s consumption habits. It is very likely that we are in the antechamber of a financial crisis with a higher amplitude than that from 2008, and the war in Europe (2022) puts even more on tests our thoughts. Not only our tastes are changing, but also our priorities. In 2008, it was time to relaunch a type of effervescent wine that offered quality at an unbeatable price.

Now, in the context of climate change, after we have become more erudite in choosing our favorite drink, we ask ourselves questions about the carbon footprint of its production, about organic/vegan production, with as few additives as possible, about the consumption of water used in technological processes, about the consumption of materials (bottles, corks, labels, boxes), about the judicious processing of waste and recycling, about the transport and distribution chain, about electronic labeling and traceability.

Effervescent wines versus the still ones?

The most visible advantage is the much lower, controllable and constant alcohol content. In the global trend of decreasing the alcohol concentration in wines, which involves major investments (dealcoholization technology) and very high production costs, the production of sparkling wines is by far a formidable competitor.

It is said that the sparkling Prosecco wine can be drunk both with friends and alone, at dinner. It is almost indispensable in cocktails, where consumers do not focus too much on the aromas of the wine, but they like to consume the mixture based on the fruity nuances or spices that combine in it

There is any difference between Champagne and other sparkling wines?

Champagne comes from the Champagne area, in France, and there is a well-established legislation that protects this name, so that no sparkling wine that was produced in another area can be labeled as Champagne. The practice of the second fermentation in the glass bottle took the name of that area Champenoise Method – if the grapes are from the Pinot noir, Chardonnay or Pinot Meunier grapevine varieties.. Sparkling wine can be made practically from any type of winegrape varieties, anywhere in the world, the technology being called the Traditional Method.

The Traditional Method has several mandatory steps, which consume a lot of materials, labor, space and time, with all of them reflected in the final price:

The Charmat Method (Martinotti-Charmat) effectively improves the production stages and the wine thus obtained becomes one significant competitor for the classically Champagne.

According to the residual sugar content, most of the wines produced by the Charmat Method are classified as extra dry (12.01 – 17 g/liter), compared to those made by the Traditional Method, where mostly are classified as brut/ very dry, unsweetened (max. 12 g/liter).

The sparkling wine obtained through the fermentation method in the overpressurized tank has often been the ironies, malice and misinformation target, all of these in order to undermine its success, in a desperate attempt to keep it away from the general public, who could afford it, instead of the laborious and expensive Champagne.

An expert in Champagne, the director of education for Moet Hennessy – USA, the esteemed Carl Heline, stated for the ‘Pret-a-Reporter’ reporters, in 2012, that "Prosecco is a less elegant version of Champagne. Prosecco is like a can of coke. The gas is added later…" [4] It is hard to believe that Mr. Heline didn’t know about the Charmat Method, but it is easier to understand why he made such defamatory remarks. An old practice since the world and met in all competitive fields.

The economic efficiency of the sparkling wine production by the overpressure tanks method is not synonymous with simplicity. Prosecco is made from aromatic or at least semi-aromatic wine grapes. The sealed stainless steel tanks ensure unequivocal hygiene, and the oxidation risk is practically non-existent, because the wine only "sees" the daylight in the end, through the glass recipient in which it was bottled. In addition to freshness and fruitiness, the wine has notes of autolysis, bakery aromas and a lot of sparkling bubbles that make it extremely beloved.

Who are these people who choose to drink Prosecco?

The statistics of 2021 show that alongside Millennials, women aged between 35-55 drink Prosecco and spend double the amount they would pay for a bottle of red, white or rosé wine in the supermarket. This wine is easily found on the shelves and a shopping basket containing a bottle of Prosecco is seen as perfectly normal. Wine is a food product, and Prosecco is in its family!

Prosecco sales are not connected with the success of a single brand, but rather by the ability to buy trendy sparkling wine at a reasonable price. The IRI analysis is based on actual sales of products in large supermarkets in the 52 weeks from February 28, 2015 to February 27, 2016.[5]

The energy and financial crisis that is foreshadowing these days will go deeper into the essence of things. Those who will orient themselves quickly are the future winners of the next wave. With few wineries producing sparkling wines, with a still unclear road in this direction, Romania will catch a train about which doesn’t know yet that she desires it. Short sparkling wine (frizzante) is gaining ground day by day for a very simple reason. Investments in the production of this type of wine are less expensive compared to any of the sparkling wine production methods.

Consumables are almost identical to those for still wine (bottles, closure with screw cap), for wines with a little above 1 bar overpressure. The extra investment could be in the cork stopper with safety clip, because the overpressure in the bottle cannot exceed 2.5 bar, at a temperature of 20 oC. The short sparkling wine has a balanced alcohol content in the middle zone, the carbon dioxide is endogenous and belongs to wines with guaranteed traceability, from origin to consumer.

The orientation towards short sparkling wine is more accessible to the consumer of effervescent wines, as the tendency to favor a wine with natural perlage increases, to the detriment of mixing a still wine with soda or purchasing a carbonated wine, whose carbon dioxide content is also of an exogenous origin.

Sparkling wine is no longer consumed only at events and becoming part of the food routine, it will find a way to reach us, as accessible, as pleasant to the taste and as bright as possible.

Sparkling wine or how not to get lost among the bubbles

The nobility of grapevine varieties