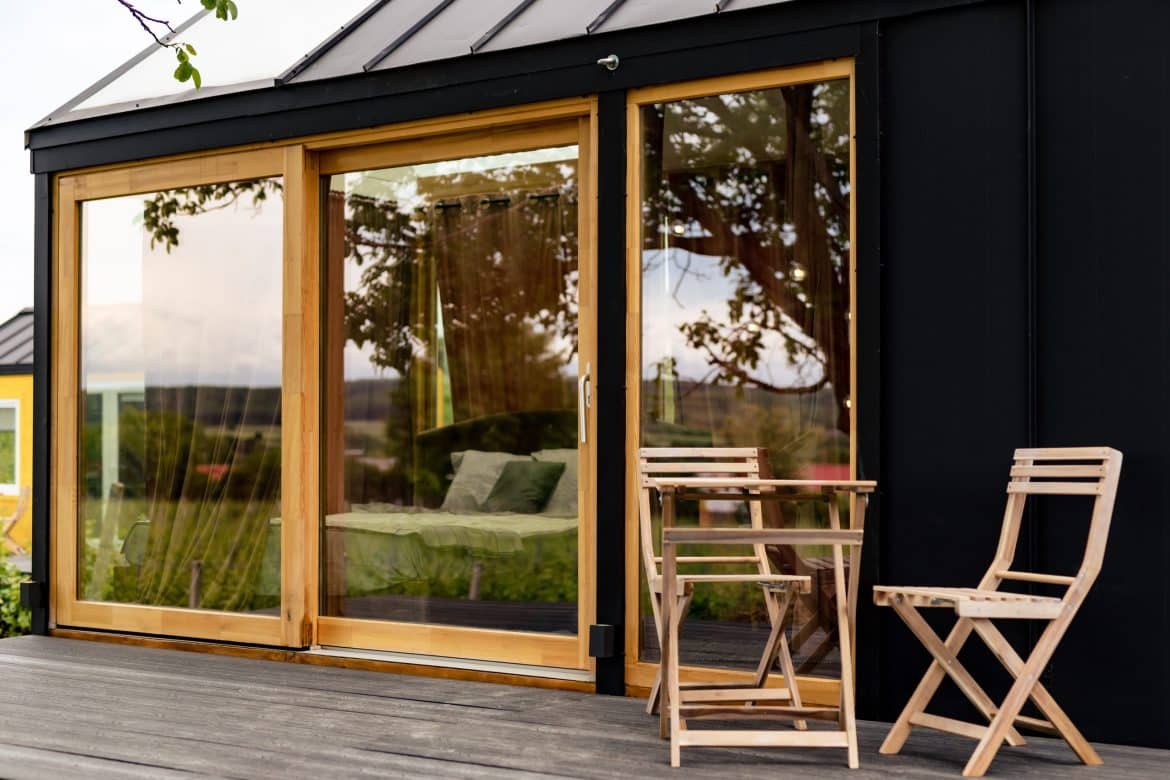 Two professors who own a boutique winery in Dealu Mare put quality before profit, being convinced that investing in wine is 65% passion and only 35% business.

Gramofon Wine, the boutique winery in Dealu Mare, was born out of the passion for wine of two teachers: one of music, the other of accounting. Marcel Pascu, the music teacher, is passionate about white wines, while Marcel Vulpoi, the accounting teacher, loves red wines. They both confess that the winery’s wines represent them and that they have never put profit before quality, considering that investing in wine is 65% passion and only 35% business. This is also confirmed by the winery’s motto: "Wine, art, gastronomy and music – the guilty pleasures of life". 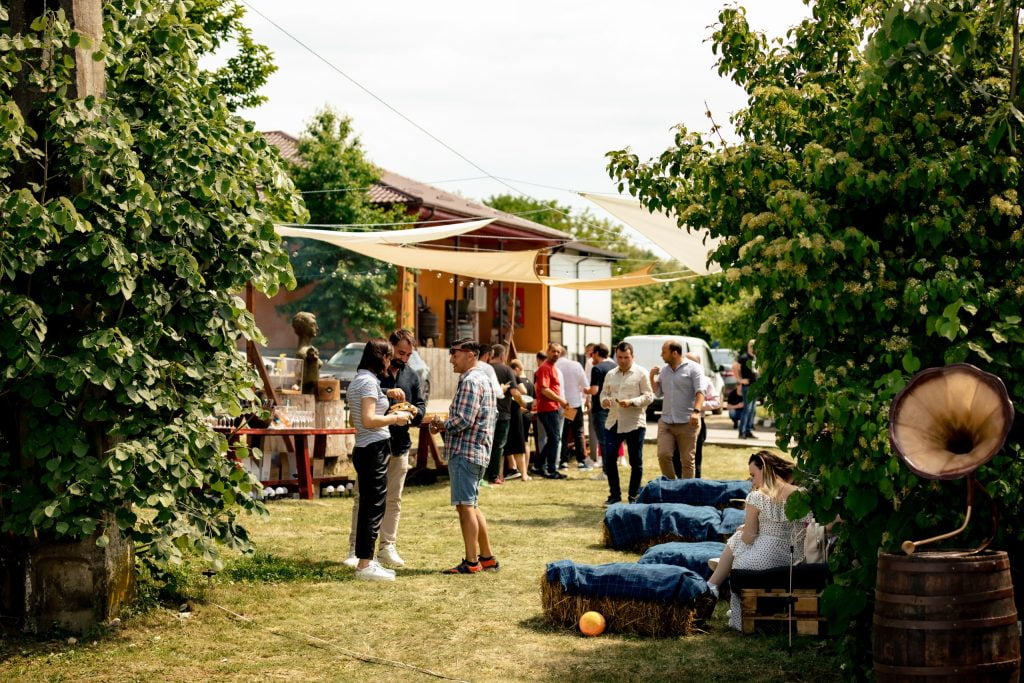 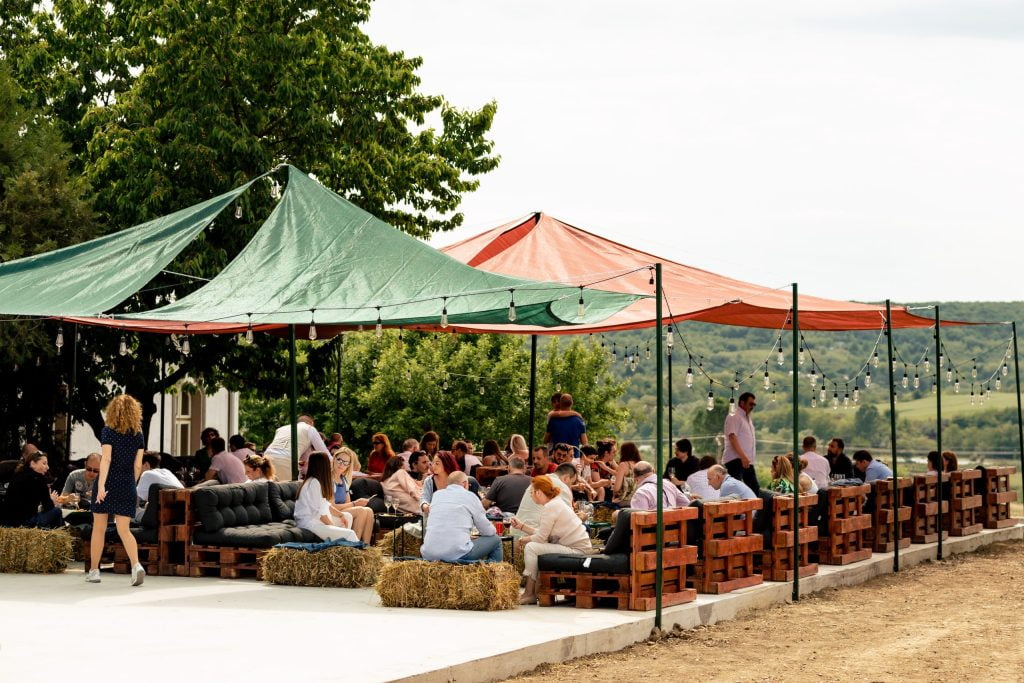 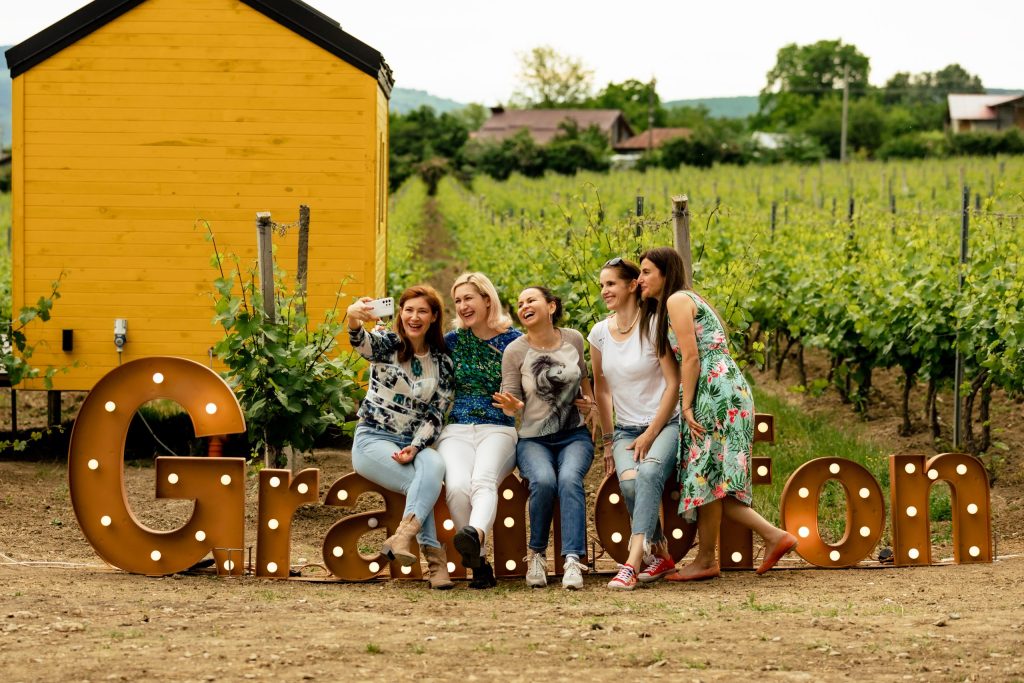 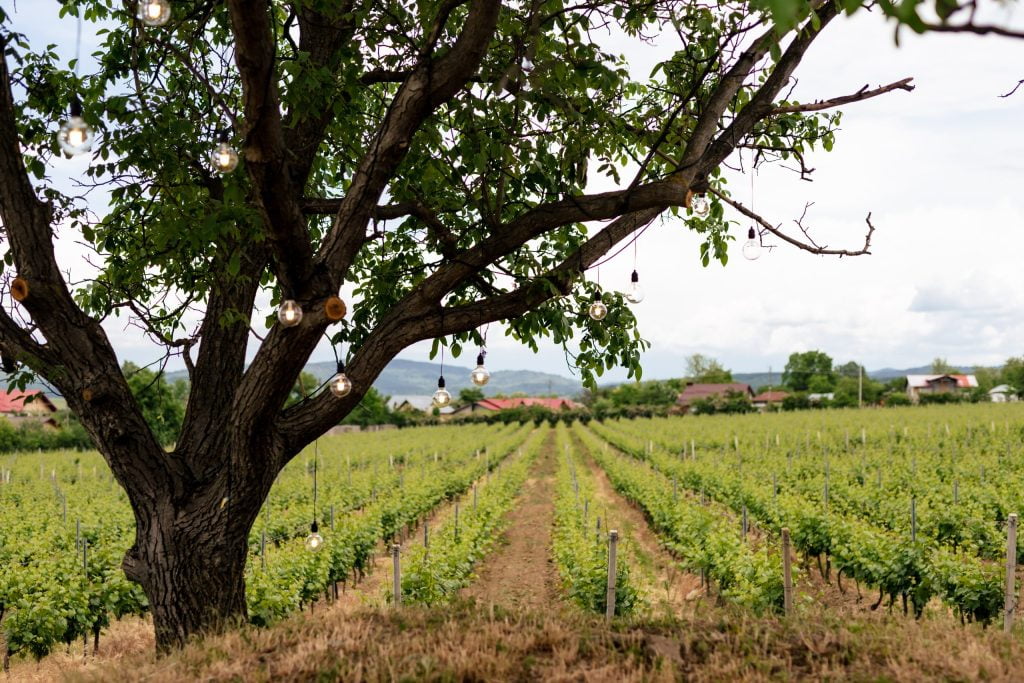 Accommodation in the middle of the vineyard

The owners of Gramofon Wine aim to convey the harmony of wine in the simplest and most natural way. This philosophy also applies to wine tourism at the winery.

The five cottages located in the middle of the vineyard have been specially designed to complete the experience of visiting Gramofon Wine. Each of them has a bedroom, a living room, but also its own terrace, where you can enjoy the striking colours of a sunset and, why not, the energy of a sunrise in the warmth of a glass of wine.

Surrounding the winery and the cellars is the Chardonnay vineyard, one of the most appreciated varieties in the wine portfolio of the Dealu Mare winery.

Walks through the vineyard, visits to the winery and wine tastings are unmissable attractions for visitors. 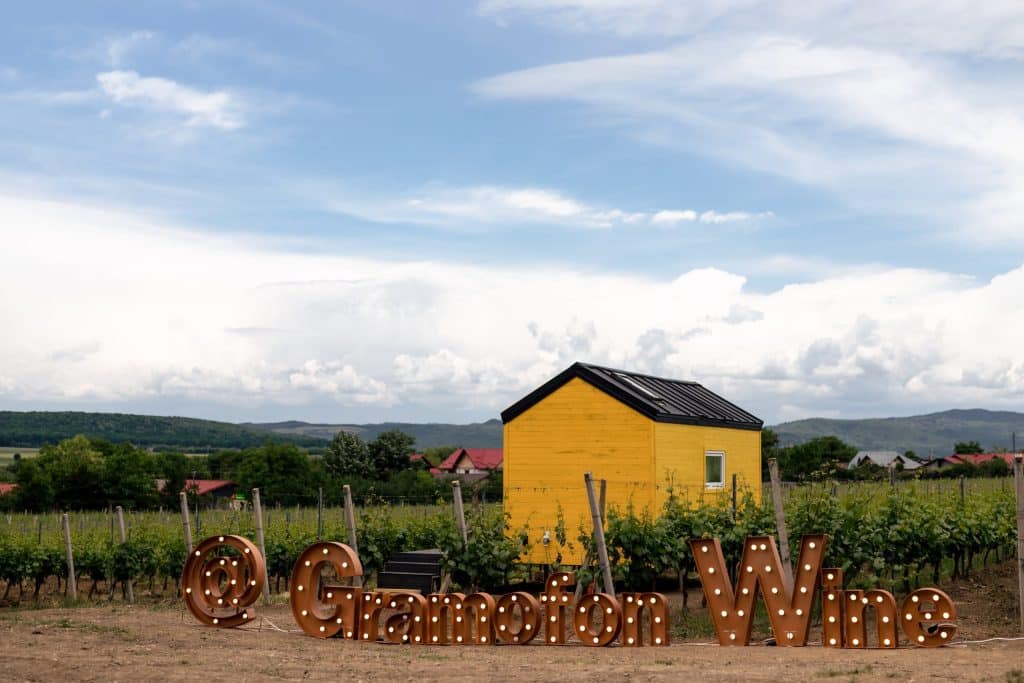 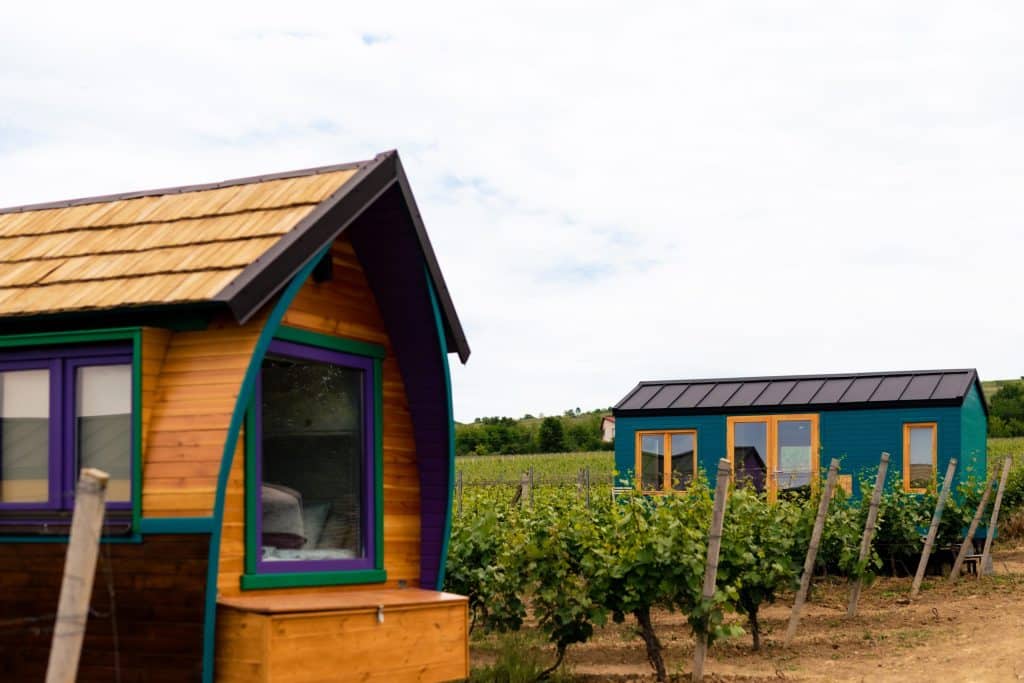 A visit to the Gramofon Wine cellar can be complemented with the nearest tourist attractions – Bellu Manor, Stone Cellar, Jercalai Monastery, Varbila Monastery or with trips to small producers in the area – such as the Magic Garden of Lavender in Dealu Mare. The vineyards are located near the town of Urlati, in an area with ancient Balkan resonances.

Bellu Mansion is considered the most beautiful mansion built in the 19th century in Romania. It belonged to the famous art collector Alexandru Bellu, a baron of Armenian origin, recognized as a reputed artist, photographer, numismatist, and man of great culture.

Mocesti is the former estate of Mihai Viteazul, which later became property of the Mocea family.

Nearby is also the Valley of the Greeks, whose name comes from the Greek lessees who settled in the past on these lands, attracted by the richness of the area.

The area is also known as the Wine Road, an older segment of an ancient wine route that once crisscrossed Europe.

For those with an adventurous spirit, eager to move outdoors, a hike through the Brazilor Valley or along the Cricovul Sarat River can be an ideal way to spend a perfect afternoon. Close to the winery there is also Balta Valea Cucului – a paradise for amateur fishermen. 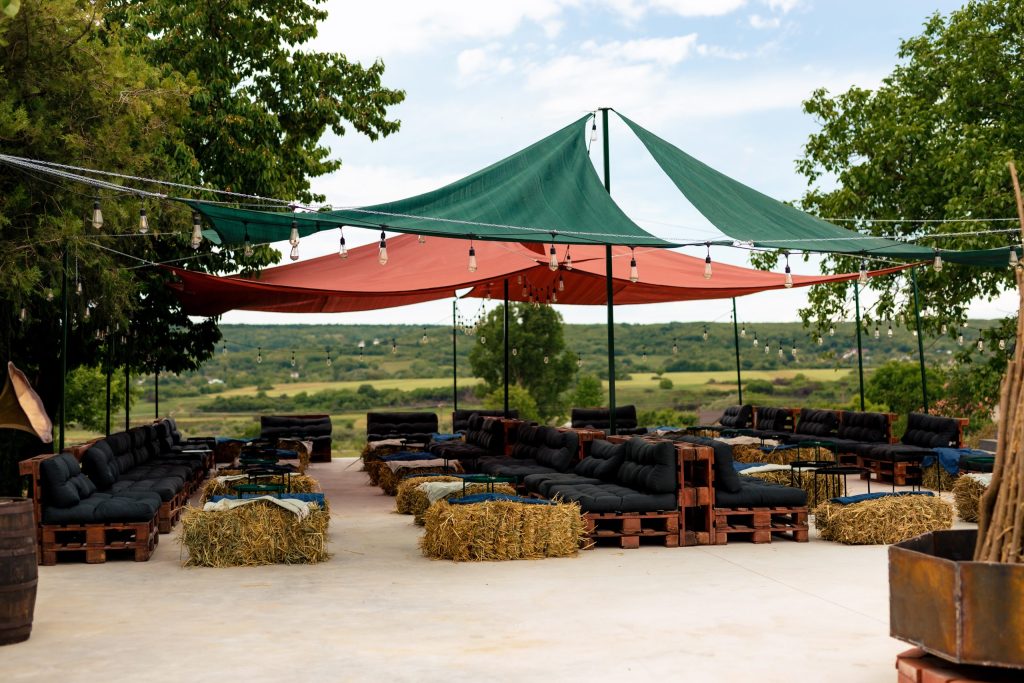 Sunset admired from the terrace

Whether you choose a relaxing day near the winery or venture out to explore the area, at sunset it’s best to be on the Gramofon Wine cellar’s vineyard terrace with a glass of wine in hand, enjoying the atmospheric music in the background as a prelude to a delicious dinner.

For a complete Gramofon Wine experience, you can choose the package that includes accommodation for at least two nights, wine tasting package and tasting of cheeses and meat specialties associated with the wines, as well as dinner at the winery.

Breakfast is served outdoors or, at the guests’ request, even in the privacy of their own cottage. Evenings at Gramofon Wine Cellar become a new opportunity to taste the wines of the cellar around the campfire.

When you have decided to visit Garmofon Wine, you can either send your requests to the Garmofon Wine website or send us your request. at crama@gramofonwine.ro, or make a reservation at +40763684199.

Enjoy your holiday at Gramofon Wine! 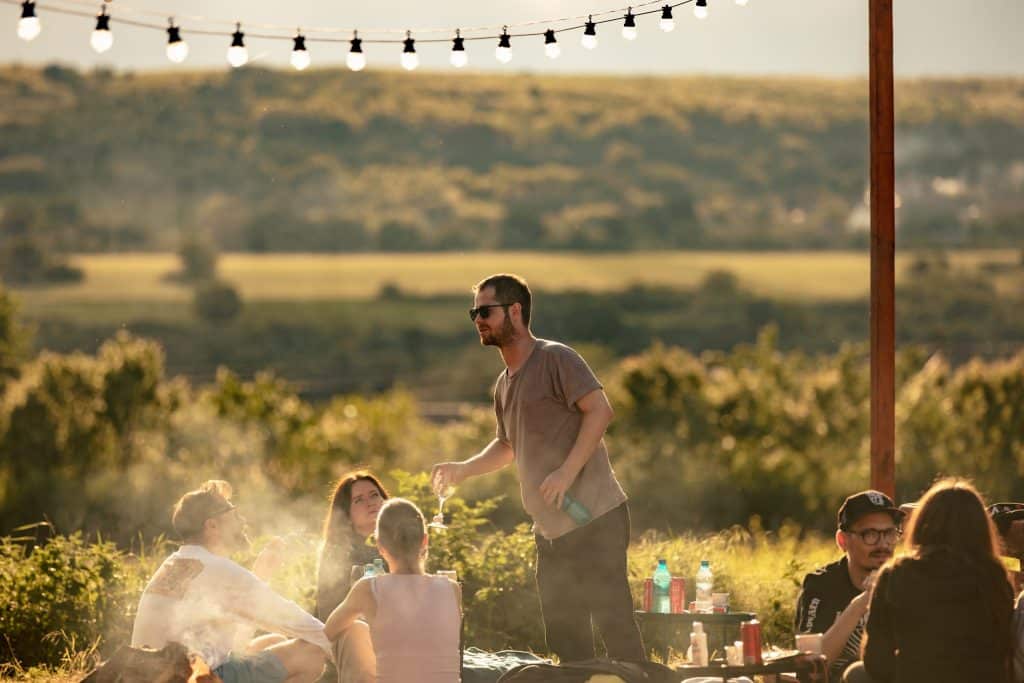 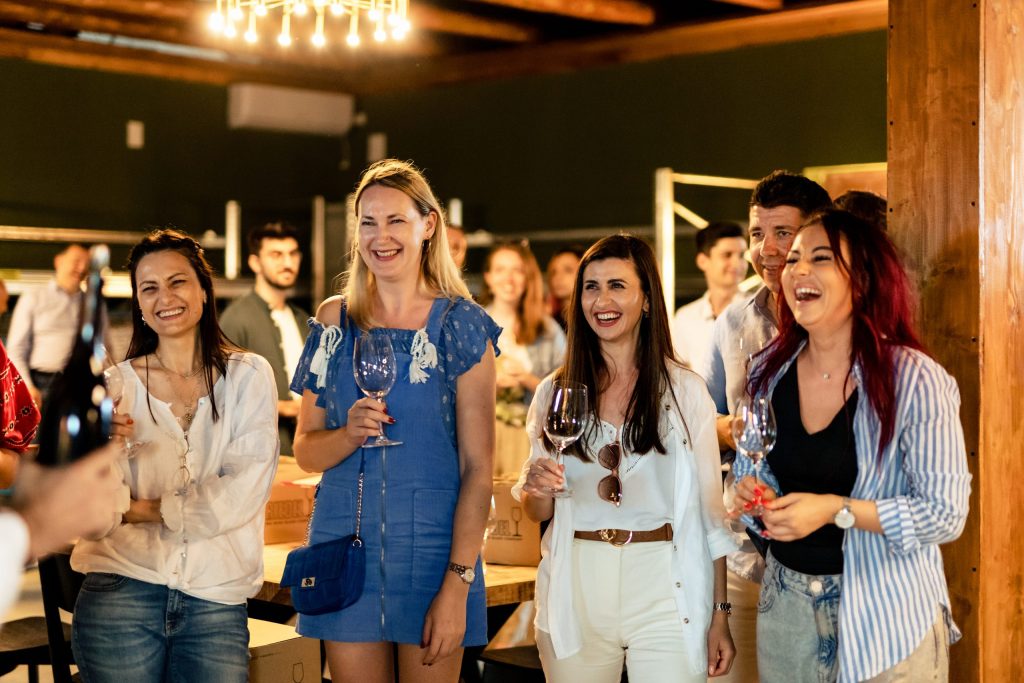 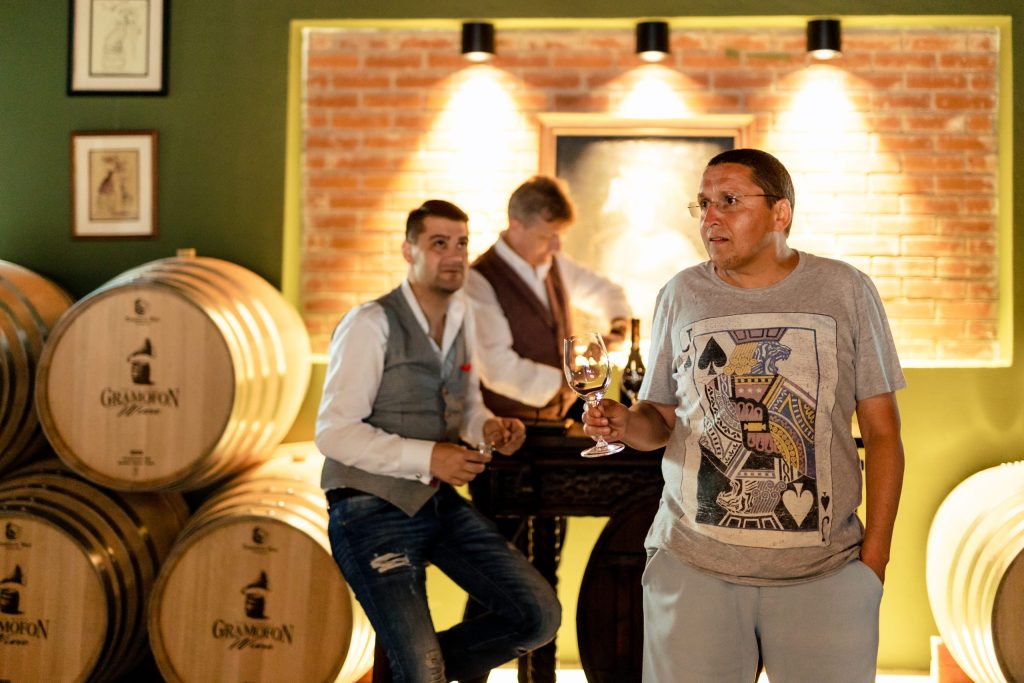 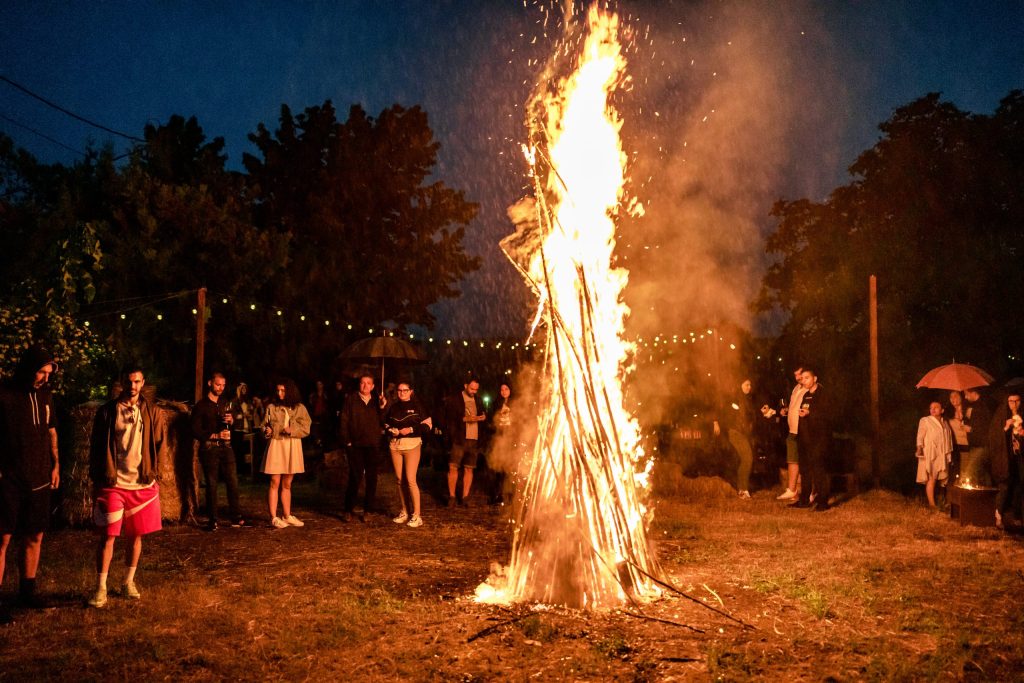 How do we choose wine for the wedding?