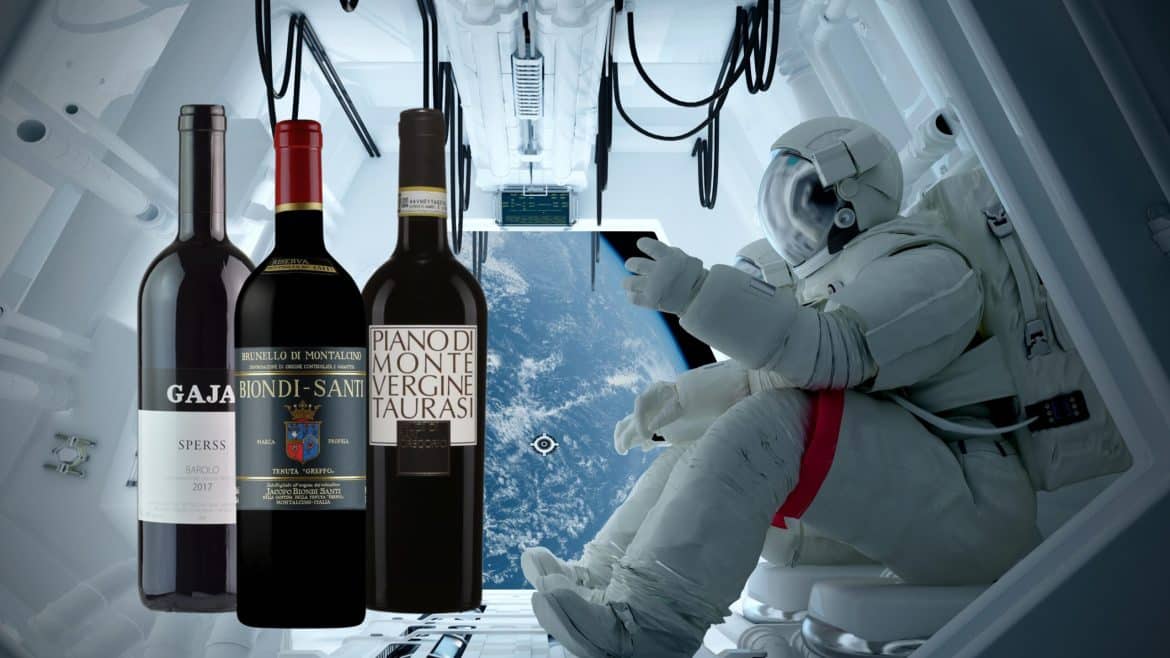 The Italian Foundation of Sommeliers is also involved in the project

A few months ago, Wines of Romania published an article about an experiment conducted by the start-up Space Cargo Unlimited, which stored bottles of the famous Petrus 2000 (Pomerol) and 320 vines of Merlot and Cabernet Sauvignon in space for 14 months. Following the same model, three leading Italian wineries recently announced that they are collaborating on a project on the survivability of vines in space with the Italian Space Agency (ASI) and the Italian Sommelier Foundation (FIS).

The wineries that have announced their participation in the project are Gaja (Piedmont), Biondi-Santi (Tuscany) and Feudi di San Gregorio (Campania). The wines proposed to participate in the experiment represent three of the most important grape varieties in Italy: Nebbiolo – from the north, Sangiovese – from the center and Aglianico – from the south of Italy. These are: the Biondi-Santi Brunello di Montalcino Riserva (2006 and 2015), Feudi di San Gregorio Taurasi Riserva Piano di Montevergine (2012 and 2015) and Gaja Barolo Sperss (1988 and 2017).

The project was recently presented in Rome at the annual International Forum of the Foundation for Wine Culture, and it was written by none other than FIS President Franco Maria Ricci. The project’s stated goal is to determine whether vines can live and survive in space and on other planets, and if so, under what conditions.

The Italian Space Agency is not the first to be involved in such projects, and it is unquestionably the leader in research into the effects of gravity absence on crops, with olive trees being the preferred subject so far. However, it is a first: this is the first time ASI has studied vines. The vines will be kept in space for up to three years as part of the experiment. Following that, scientists will conduct a comparative analysis, focusing on the effects on Nebbiolo, Sangiovese, and Aglianico cuttings, which have previously been shown to be more resistant to the effects of climate change or pest infestation after spending time in a non-gravitational location.

When the vines and wines return from space, they will be compared to normal samples held by the Italian Space Agency.

The Italian space project’s launch date will be announced later.

Wines Of Romania recommendation: Wine tourism at the Castle

Wine tourism around the world. WineBox: a non-conformist hotel in Valparaiso