LOGIN
Home All Music and wine. How can tasting notes be influenced by musical notes
All

Music and wine. How can tasting notes be influenced by musical notes 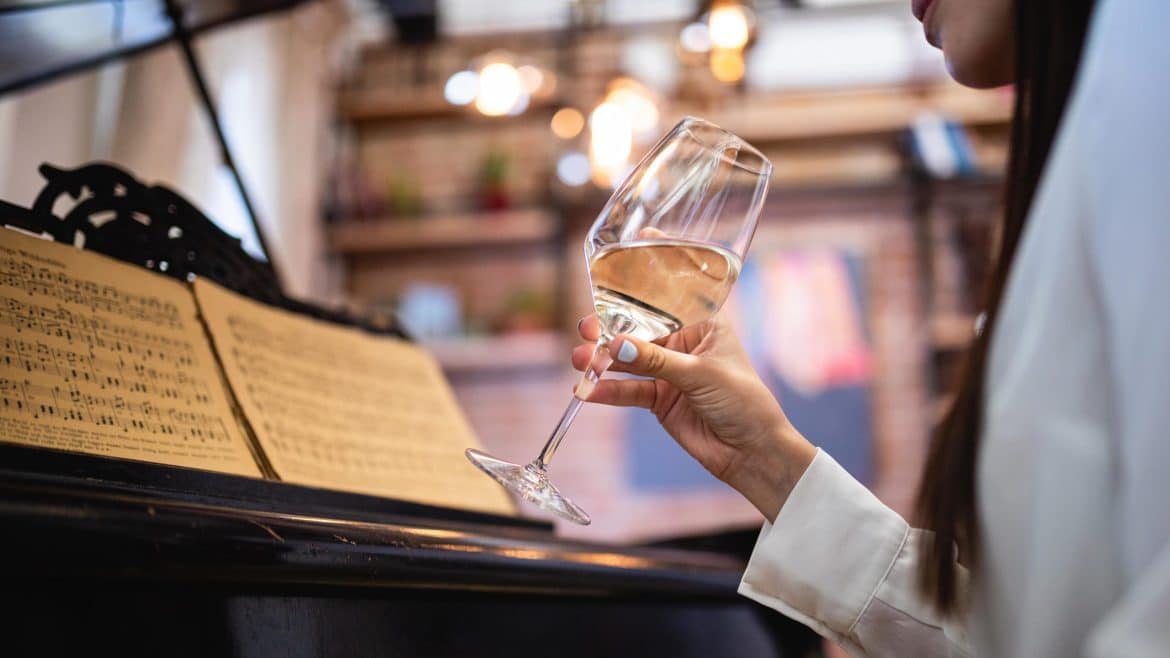 Can music influence the way we perceive wine when we taste it? What about the way we choose wine on the shelf, in the supermarket? These are questions answered by researchers from several universities. Here are some of the experiments that have been mentioned in the studies of the mentioned researchers.

One of the most cited studies on how music influences a wine tasting was conducted in 2008, at the initiative of professor of psychology Adrian North, from Heriot-Watt University. It was found that a strong piece of music made a wine to be perceived 60% richer and more robust than when the music did not accompany, in the background, the tasting. Also, the wines gave the feeling that they were bolder and fresher when they were accompanied by a pop song with an optimistic rhythm.

The ability of music to stimulate other aspects of our knowledge determines new attitudes and behaviors. Because music stimulates certain thoughts, it makes us more susceptible to being influenced by these thoughts when we are asked to think or act later , writes Adrian North in his study.

Franco-German confrontation in the supermarket

The psychologist cites a previous study, conducted in 1997 by North, Hargreaves & McKendrick. The experiment took place in a supermarket, where the sound background was provided by French and German music. The clients were not told if the music was specific to a particular country, but the use of the accordion (for French music) or of some brass band instruments specific to Bavaria (for German music) subtly suggested to which nation the musical composition belonged. The result: French music made customers prefer wines from this country, the purchase ratio compared to German wines being 5 to 1. When German ambient music was broadcast, German wines sold twice as well as French wines.

A similar study, conducted in 1993, in a wine cellar, by Areni & Kim, probed the effects of classical music versus music from the Top 40. The stereotype of classical music worked flawlessly: classical chords generated thoughts of sophistication and prosperity and led customers to buy more expensive wine than the Top 40 songs did.

Returning to North’s study, he organized an experiment that involved tasting wines with or not having certain pieces in the background. Ten groups of 25 people tasted Chardonnay or Cabernet Sauvignon, either quietly or on the musical background of four pieces previously chosen by another group of volunteers, depending on the predetermined characteristics of the music: "Waltz of flowers" (1892), the orchestral piece of music from the second act of the Nutcracker, a ballet composed by Tchaikovsky (the "subtle and refined" category); Slow Breakdown – Michael Brook ("relaxing and discreet" category); Just Can’t Get Enough – Nouvelle Vague (category "exciting and refreshing"); Carmina Burana – Orff (category "strong and heavy").

Conclusion of the study: music influenced the perception of wine according to the atmosphere induced by music, with an average of 37.25%: 32.25% for white wine, 42.25% for red wine.

And because wine lovers must be given the chance to personally experience music-wine associations, we end with some unique suggestions, due to researchers at Heriot-Watt University in Edinburgh. They took the experiment to another level, finding musical counterparts for each variety of wine. Here are the wine-music associations recommended by Scottish scientists: