More than 7,300 wines at the Concours Mondial de Bruxelles. Nine of the 310 jury experts represented Romania 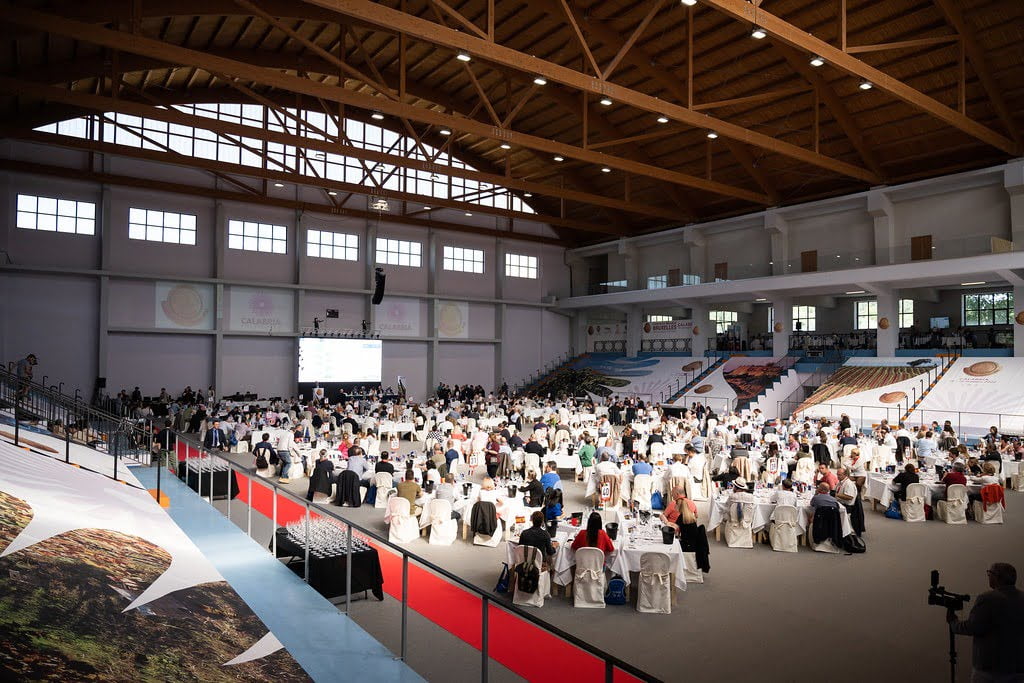 The white and red wine session of the Concours Mondial de Bruxelles took place in Rende – Cosenza, from 19 to 22 May, this competition being a travelling one. 7,370 wines from 40 countries entered the competition. The international jury consisted of 310 experts from 45 countries. Among them, nine represented Romania: Valentin Ceafalau, Monica Dinu, Liviu Grigorica, Horia Hasnas, Sergiu Nedelea, Diana Laura Pavelescu, Cosmin Popescu, Cosmin Udrea and Mihai Vasile.

According to the competition’s official website, France offered the most wines for tasting (1,645), followed by the host country, Italy, with almost 1,400 wines, with Spain in third place (1,368).

Of the 21 Italian regions competing, Calabria, the host of the competition, has even surpassed Italy’s largest wine-producing region, Veneto, in terms of entries, despite the fact that Calabria’s annual wine production (96,600 hl per year) is much lower than Veneto’s (11,717,000 hl per year).

Valentin Ceafalau is one of the judges of this competition. He has represented Romania at this competition for 15 editions and his experience allows him to explain in detail why this competition is significant: “The importance of the Concours Mondial de Bruxelles does not only result from the weight and the market relevance of the medals awarded here, but also from the fact that this competition manages, year after year, to bring together some of the best known specialists in the field, whether we are talking about producers, sommeliers, traders or communicators.”

“The novel element of the 2022 competition is the introduction of a qualitative analysis mode. If the classic score, made on the  scale of 100 points, is considered a quantitative assessment, the qualitative analysis involves a detailed description of each wine tasted by all the competition judges. According to CMB, the data thus obtained is used to create an aromatic-tasting profile for each wine, as accurate and relevant as possible for consumers”, Valentin Ceafalau detailed.

Because tasters are essential in this competition, it is significant that, since 2004, the organisers have been working with a team of researchers from the Institute of Statistics of the Catholic University of Louvain to process the results and monitor the profile of each taster.

Nearly thirty years of experience have enabled the Concours Mondial de Bruxelles to become a benchmark event for international wine competitions. The excellent reputation of its selection process is one of the key elements of this competition.

“For nearly 30 years, our international competition has guided and directed consumers in their choice of high quality wines from around the world,” Baudouin Havaux, president of the Concours Mondial de Bruxelles, told the competition’s official website.