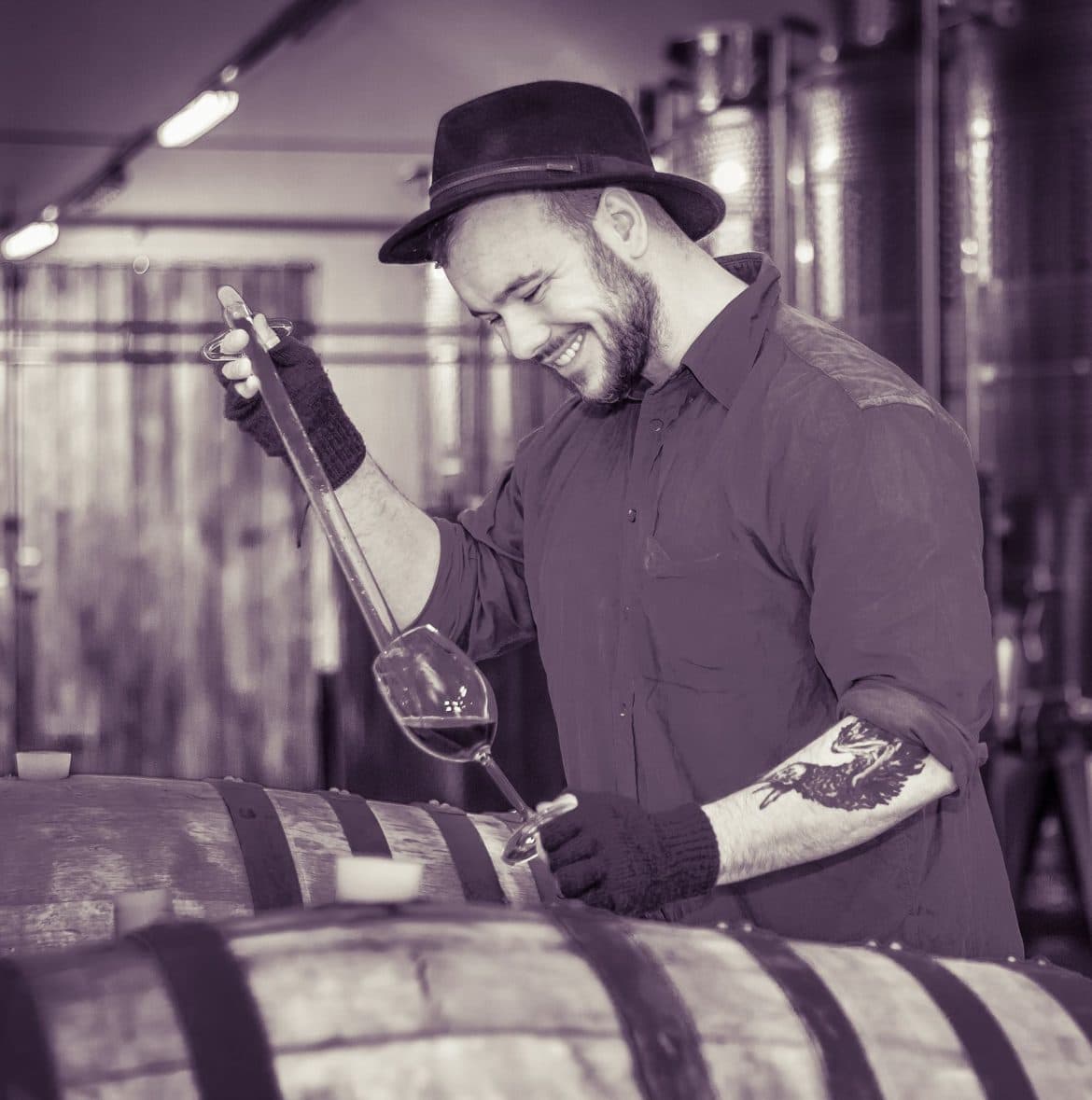 Long-time wine lovers in Romania, those who lived the years with indigestible liquors, knew that, for Romanian wine to ever have a chance, it first needs a generation of oenologists who understand what quality wine means, after too many decades fully dedicated to quantity. Today we can say that the new life of Romanian wine is breathed in by a new generation, with talent, with passion, with soul and brains. One of those who contribute to changing things – and makes it seem easy – is Darius Pripon, the oenologist of the Jelna Winery, one of the first promoters of wines fermented with their own wild yeasts.

Wines of Romania: Let’s start from the beginning… What did you study, where, what teacher or mentor changed your life and set you on the wine path?

Darius Pripon: I think the story starts a little earlier, with some wandering and searches. I spent some time at the Information Academy, until I realized that it is not for me. I decided to really discover myself before deciding upon my future, and I went to the monastery. First at Rohia, then at Nicula. And I realized what I wanted, although it was a bit unclear, but it was in another place.

When I got home, my father opened a special bottle of wine, being a passionate connoisseur, and we shared a glass. And that wine started talking to me, I had no previous contact with wine or alcohol in general until that moment. Which was good because, although profane, I had pure, unadulterated senses. And the dialogue was so clear and beautiful that I took the glass and locked myself in the library for the rest of the day. I felt how that glass gave me strength. To do something, to become a soldier of society, as Beaudelaire said…

Soon I was enrolled in the Horticulture school, in Cluj, where I also discovered teachers who were there accidentally, teachers who, over time, grew to love being professors, and professors with academic attire, nobles who reminded of Tadeusz Dolega Mostowicz’s The Quack. The Professor of Genetics, Radu Sestras, comes to mind as an image of the aristocratic professor, with that noble aura gifted by knowledge.

Wines of Romania: What did you learn from the internships abroad?

Darius Pripon: It’s hard to say, it’s more of a feeling related to the way things are done. In France, for example, at Domaine Serol, in Cote Roannaise, I think I was impressed by the native way of doing things. It’s normal, where there are so many generations of families that made wine, but I couldn’t help but be surprised by the way things flowed naturally.

The day started at 6:30 and ended at 8:00 p.m. During morning in the vineyard, after lunch in the winery, and at lunch, necessarily, everyone at the table, with four courses, with a lot of joy… People really enjoyed life, they loved what they were doing. And this attitude that is as anti-capitalist as it is anti-fragile.

In New Zealand, a different attitude, but still led by professionalism. I met great people at Allan Scott Family Winemaker and I’m glad that I immediately gained their trust. After only a week – that’s how long it takes for them to sift through their people – I was coordinating interns from America, India, France, Italy… The French, at least, had a chateau in Burgundy, they were wealthy people, they didn’t even need to be there , but they had also come, like all of us, to learn, to see new things.

Then came the scholarship at Giotto Consulting, which is a special company. They are the kind of people you go to, tell them what you want to do, and they explain absolutely everything you need, every step to take to get the results you want. It is the definition of efficiency and, moreover, it is the place where absolutely all possible analyzes can be done. It’s the best equipped laboratory on the planet, I think. There I met Andrea Ruggeri, whom I consider one of the greatest specialists in viticulture and winemaking. 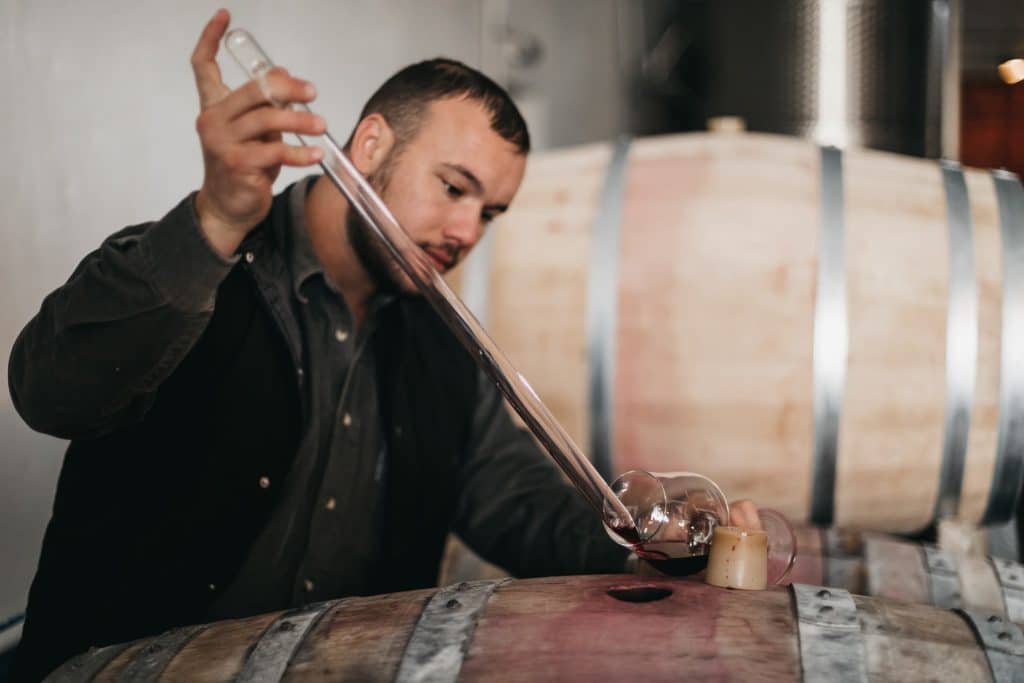 Wines of Romania: Moving on to serious things – many people talk about terroir, about listening to the earth, about wine made in accordance with the spirit of the place, but these are bizarre concepts for an ordinary person. Without hermetic or esoteric definitions, what is terroir? What does the earth say to a man who knows how to listen to it?

Darius Pripon: Terroir is everything. I am a man in love with life and history, I like to study things in depth and to expose this depth in everything I do. The terroir of Jelna means, normally, the clean mountain air – it is the only vineyard approved as a mountain vineyard in Romania – and the uncultivated land for hundreds of years, where there was no road, no pollution, no pesticides.

But also Navicella – the famous painting in our church, reproduction after Giotto di Bondone’s masterpiece – is part of the terroir. The Roman castrum near us – because this is where the Roman empire ends, there are no traces of the Romans in close-by Nasaud – is part of the terroir, and even the amphorae there speak of the history of wine in this region. Since I arrived in Jelna, I have read a lot about the way this place has been described over time, from Hungarian authors to Austrians or even official documents.

It is a special place – it takes only ten minutes from the center of Bistrita to get here and you can already feel the temperature difference of at least two degrees. You feel the place in the vineyard, in the microflora, in the fauna, in the way everything integrates – although this is rather the territory of my colleague, Vlad Cobu. And yes, it’s also about marls and blue clays full of positive ions that work with the plants, about the piedmont air, which vibrates… It’s my little home and I love every inch of it.

Wines of Romania: How did you get here? You already had experience in Dealu Mare, in Dobrogea… In addition, you needed a winery where you could do things your own way, right?

Darius Pripon: Being from Cluj, it was normal for me to want to find a place somewhere, in the area, in Transylvania. I would say that it was a bit of luck, both for me and for the owners. I already had a pre-contract, things were almost set with another winery. But, for some time, a friend insisted to introduce me to someone and said I should call him first when I arrive in Cluj. And, at that meeting with the owners, I told them which are the values that I want to find and uphold as a foundation for the relationship.

Humanity, first of all, because we can aim to be the best in the world, but we start somewhere, we start here. Then the moral – we don’t grow for no reason. In the beginning we made about 80,000 bottles, now we make about 100,000 and, in a perfect year, after the vines reach maturity, maybe we will reach 140,000. But that’s it, nothing more! Finally, the third fundamental value – wine is a cultural product, and our duty is to make it so well that we contribute to the rebirth of Transylvania and Romania. We agreed that this would be the way and we got down to business.

Wines of Romania: From the beginning you noticed the importance of being on the wine tourism map. You started with a guesthouse with eight rooms – 16 beds… How did the other projects evolve?

Darius Pripon: We just finished the hotel spa. So now there is a hotel with 16 rooms, five apartments, a conference room, a restaurant – normal! -, with everything you need. And now we also have a spa – wet and dry sauna, saline, swimming pool. Speaking of which, the restaurant is also all about terroir – everything beef and pork is bought from our village, chickens and fish from our county, we cook traditional recipes… But we still have a lot to do.

We now have a project for the winery – not technology, because we have everything we need, but cosmetical upgrades, because it is not a real attraction, the way it looks now. But it will be. We also found funds for the renovation of the church, and Navicella will finally be admired as it should be. We are also building a library, where visitors will find all the historical references to Jelna, authors from the region, but also many other things… We have had many great satisfactions already, all these years, and we will have many more. 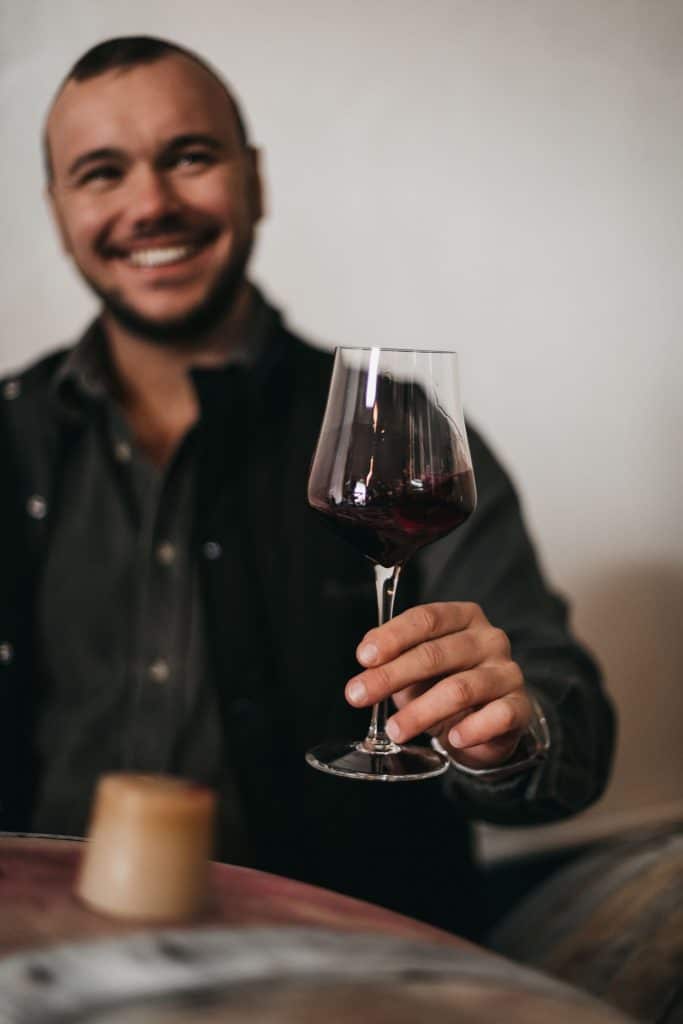 Wines of Romania: Such an interview cannot be carried out without a few words about your favorite varieties, wines, about your already famous wild yeasts… In addition, on the website you have some wines using varieties that you do not have in the vineyard – it is also a story there, right?

Darius Pripon: Here we can talk endlessly. I’ll start with Feteasca neagra, for which I have a dream, to turn it into a cru of this area. The Cabernet Sauvignon and Merlot that you noticed in the blends are not grown on our 26 hectares, but belong to a local gut who now lives in the USA, he has about 1.8 hectares of each variety and I discovered something extraordinary: perfectly ripen grapes every year. Of course, we harvest in October-November, but excellent grapes come out.

We care for the vineyard as if it were our own, so somehow we can say that they are all our grapes, the only thing is that they come from the other point of the Lechinta vineyard. I also like our Sauvignon blanc a lot, we have two very different clones, one from Wachau, which remains green until late in the season, and one from Alto Adige, which ripens very quickly and has flavours of mango and passion fruit… My passion remains the Pinot noir, especially with the deep darkness it develops after a few years. It is a kind of von Trier’s Melancholia, not a feeling that grinds you down, but one that positively charges you.

As for the winemaking using wild yeasts, that is every year’s surprise. I make the wines differently every year, I only give the wine what it asks of me, I never know what will come out and I don’t even write down what I did. We do not isolate the yeasts from one year to repeat the same wine, we work with what is available in the respective harvest. And I think it is a correct way to respect and convey the spirit of the place and the spirit of Transylvania – which, by the way, we also find in the barrels, because we only work withTransylvanian oak, barrels made by Transilvania Bois.

There are years when spectacular wines come out, but there are also years when I have a reduction, I have hydrogen sulphide, but at least I know each wine carries within itself the year and the place where it was born.