LOGIN
Home All The secret of a winery’s success: 1600 Indian runners and their bodyguards
All

The secret of a winery’s success: 1600 Indian runners and their bodyguards 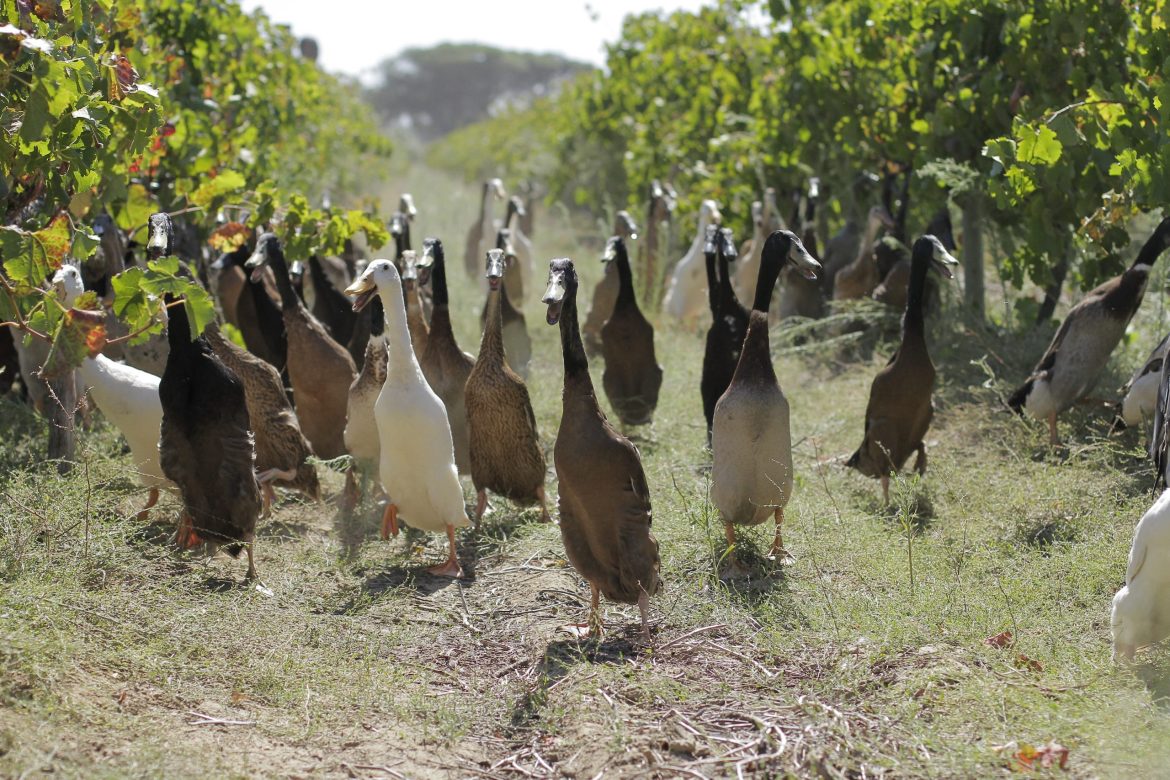 They have dedicated caretakers and a month's vacation each year, and upon retirement they can retire to the lake island on the property

Vergenoegd Low Wine EstateThe Cape Town-based farm is one of the oldest farms in South Africa, founded in 1696. Here they produce ranges of white, rosé and red wines, but the winery is best known for its premium red wines.

Over the last four decades, Vergenoegd Low has become known especially as a 100% pesticide and fertilizer free plantation. Few would suspect that this is due to the birds, because no less than 1600 birds, including ten varieties of Indian running ducks, keep the vineyard as clean as a whistle every day.

It wasn’t always like this: in the beginning, in 1983, there was a similar experiment with chickens. It didn’t work, because the chickens weren’t efficient enough, so they gave way to ducks.

There is also a daily routine: the ducks get up at seven in the morning every day, and head to the vineyard at 10:30. Their working day ends at 4:00 pm, when they head home.

Because they are so effective, rates get special attention. There are employees who are 100% dedicated to them and make sure they don’t miss anything. They even have bodyguards: a flock of geese, mingling among them all the time. But how were the geese persuaded to become the bodyguards of the ducks? Simple: there was no need! Their relationship is a natural one: while ducks have no effective defence mechanism and are easily frightened, geese assume a protective role, chasing away intruders with aggressive hissing and infernal noises. 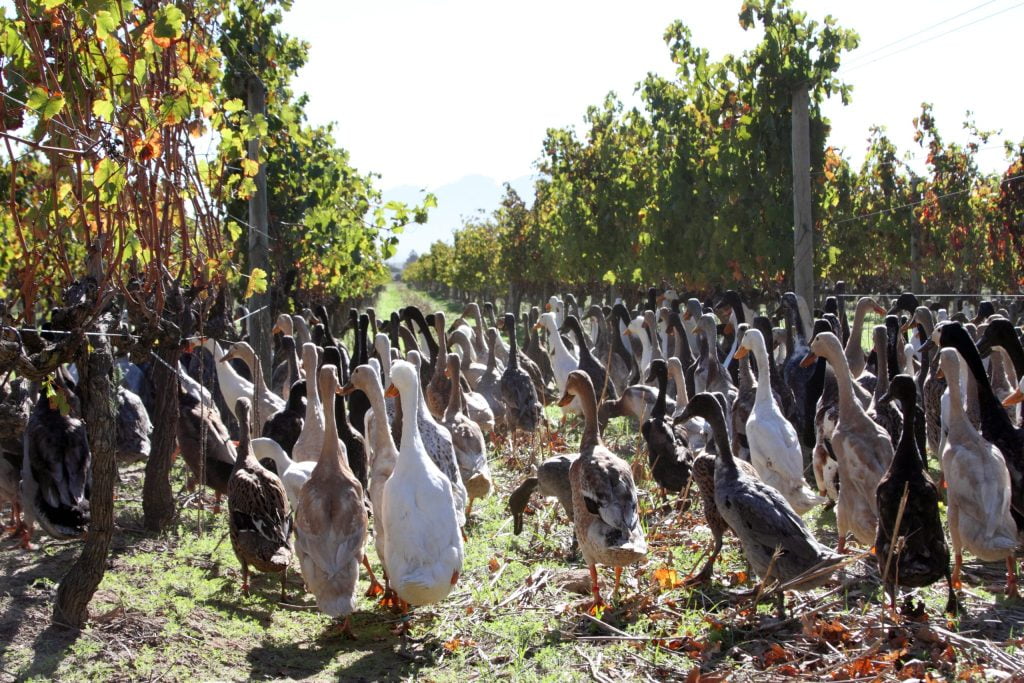 As the daily parade of the 1600 ducks is quite spectacular, the owners of the domain thought of turning it into a marketing tool. Visitors are encouraged to participate in the ritual of the ducks leaving for work, and they pose and film, telling the story of the place; inevitably, they draw attention to the winery and the wines made from the vines planted here, the stars of which are the reds: Shiraz, Merlot, Malbec and Cabernet Sauvignon. 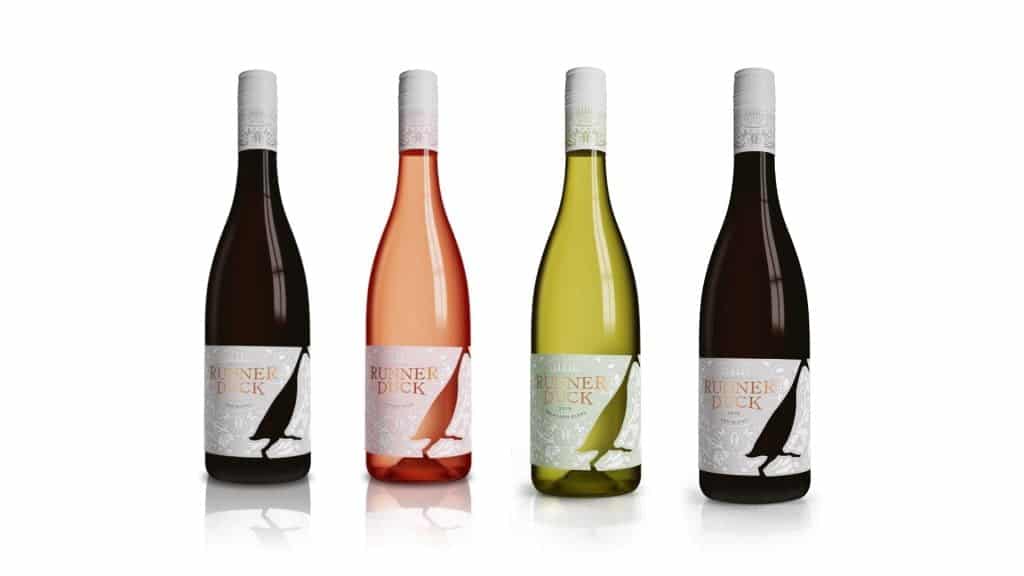 If by now you haven’t been convinced that the ducks are doing their daily work like any other farm worker, you should know that the birds even get time off: once a year during harvest time. Not to say that it’s not, but there’s no risk that too much enthusiasm will replace the snails on the ducks’ menu with grapes ready for picking.

In addition to the above mentioned services offered by the Indian runner ducks, they also provide eggs for breakfast to other employees. But that’s all: you will never find duck or goose meat on the menu, because no one who works at Vergenoegd Low would like to see their colleagues on the plate. In fact, all the ducks are retiring to the lake island on the estate, where they are waiting for the moment when they will take flight to the ducks’ paradise. 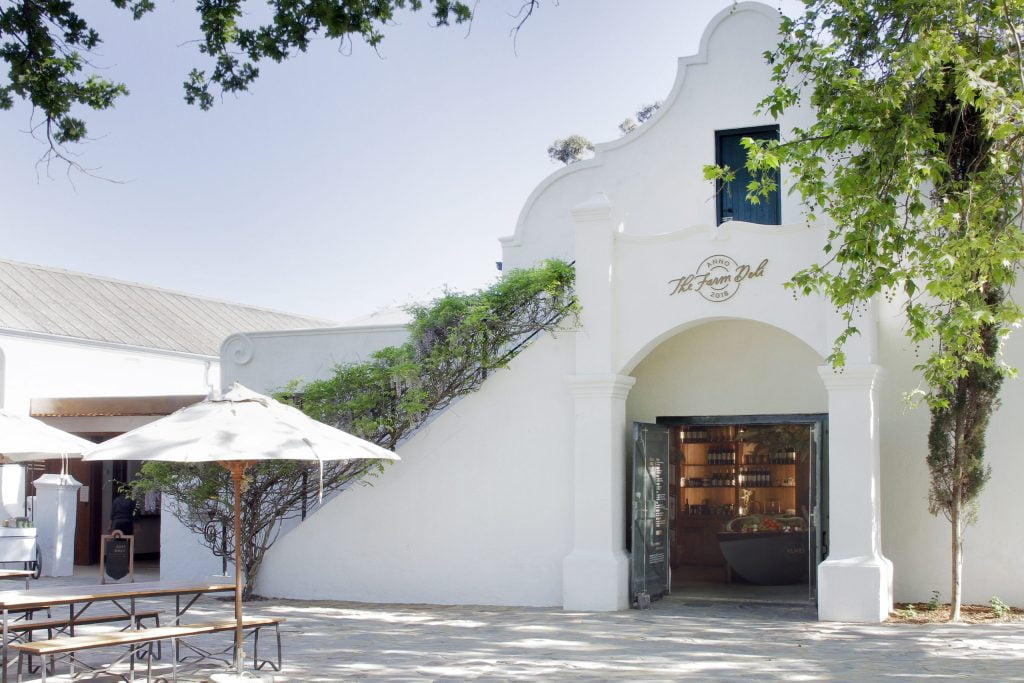