LOGIN
Home Interviews GOLD INTERVIEW. Oenologist Aurel Rotarescu: “I consider it a great achievement that I managed to remain the oenologist of SERVE Winery for more than 28 years”
InterviewsNewsSERVE

GOLD INTERVIEW. Oenologist Aurel Rotarescu: “I consider it a great achievement that I managed to remain the oenologist of SERVE Winery for more than 28 years” 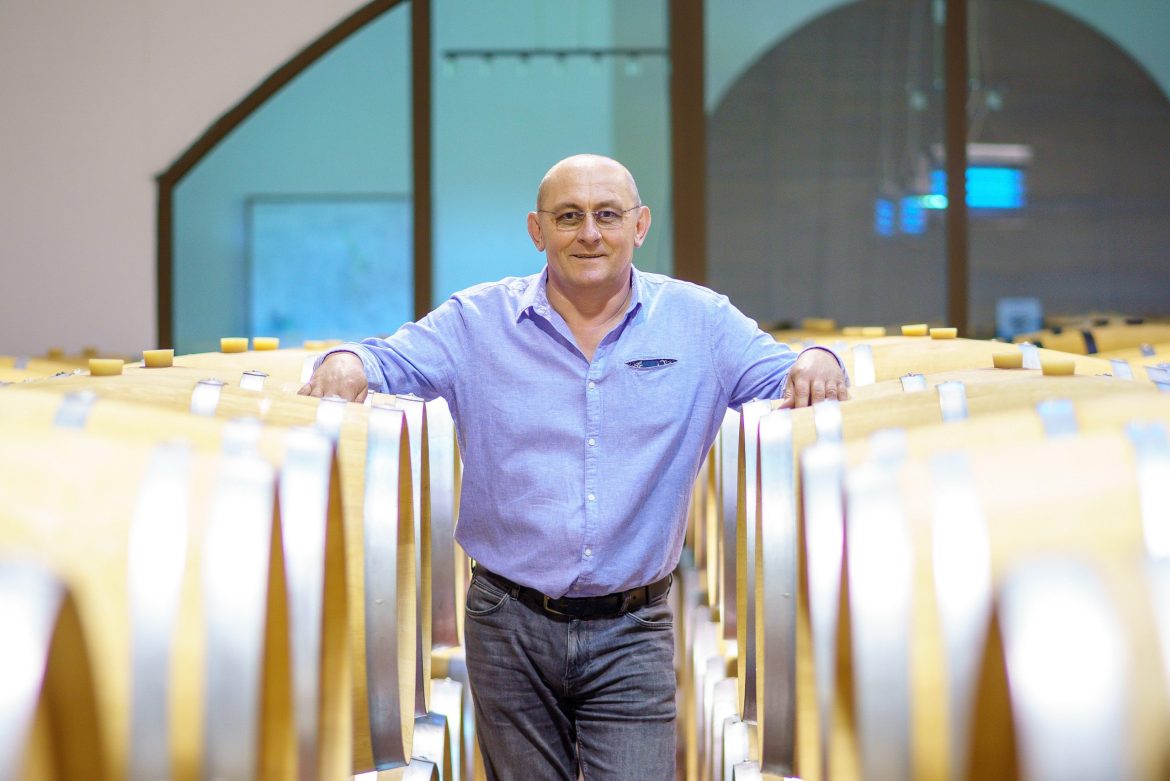 Aurel Rotarescu was and is, for almost three decades, an essential member of the team of professionals who changed the landmarks of the Romanian wine industry, as an oenologist of the SERVE Winery. Together with Guy and Mihaela Tyrel de Poix, Aurel Rotarescu was the author of several national premieres. In 1994, SERVE became the first private wine producer in Romania. A year later, on the gates of the winery came out the first Romanian dry roses, and after another three years, in 1998, the first Romanian Vats – Cuvee Charlotte. In 1999, SERVE made the first association of local and international varieties. We can not fail to mention the recent awards: two years ago, Wine Enthusiast appreciated with 90 points the guy de Poix wine 2015, and in 2021, Feteasca neagra Guy de Poix 2016 was marked with 90 points in the profile publications Wine Advocate and Wine Enthusiast – Feteasca neagra being the variety that determined the French count Tyrel de Poix to start the wine business in Dealu Mare, in 1994. There are achievements that few local professionals can hope for, and as many reasons to have a dialogue with the long-distance oenologist of the SERVE winery.

Do you remember at what age you drank your first glass of wine? What variety was it? Did that moment have any influence on the decision to become an oenologist?

The first glass of wine, actually the first drops, I enjoyed with my grandfather on my mother’s side, who was an avid consumer of good wines. Well, this happens when I was about 14-15 years old, and the good wines were those from the „awarded" range that were found „"under my hand", the bottle of 750 ml, and what I tasted was a stefanesti-arges wine, I do not know what variety. Grandpa praises him and for me it was something special, later I distinguished between homemade wines obtained from HPD and the one bottled in glass and I gave myself a connoisseur among friends. I would not say that this fact was decisive in the choice made later; I went to "Horti", there were 20 candidates on one place, then I was hoping to work in a tree farm. In the third year I started to observe better the culture of the vine and the wine and then I did the „ "project", a kind of master, at IAS Tohani, very close to Ceptura.

I can say that I owe my career as an oenologist to the professors from I.A.N.B., Mr. Pomohaci and Mr. Namolosanu, then to my first director, Mr. Bahrim; followed, in time, Mr. Guy, from whom I began to learn a different kind of winemaking and with whom, day by day, I have evolved to the stage now. But I learned from most of the people I met, more or less.
In the ’90s, I started working immediately after the revolution, it was still working on the "liter-grade" system, less the quality mattered, anyway the wine was sold, there was a high demand on the domestic market, consumers came to the wine cellar to buy and stood in line. To be an oenologist means to deal a lot with the management, the logistical problems in the winery, you had a little time to pay attention to the quality and you didn’t really have many levers, the technology in the wine cellar was from the ’70s, directed towards quantity. Moreover, the information you had in the ’90s was much limited compared to what it is now.
Today, an oenologist has unlimited access to information, can participate in fairs and exhibitions, where he can compare and see many things, we are "updated" worldwide in the world of wine, we have studies, products, technologies. Very important is that everyone wants quality and all the wineries continuously invest in this, you have something to put into practice the ideas. The great challenge of today’s oenologist is to highlight as well as possible the local potential, to give identity to his wines. 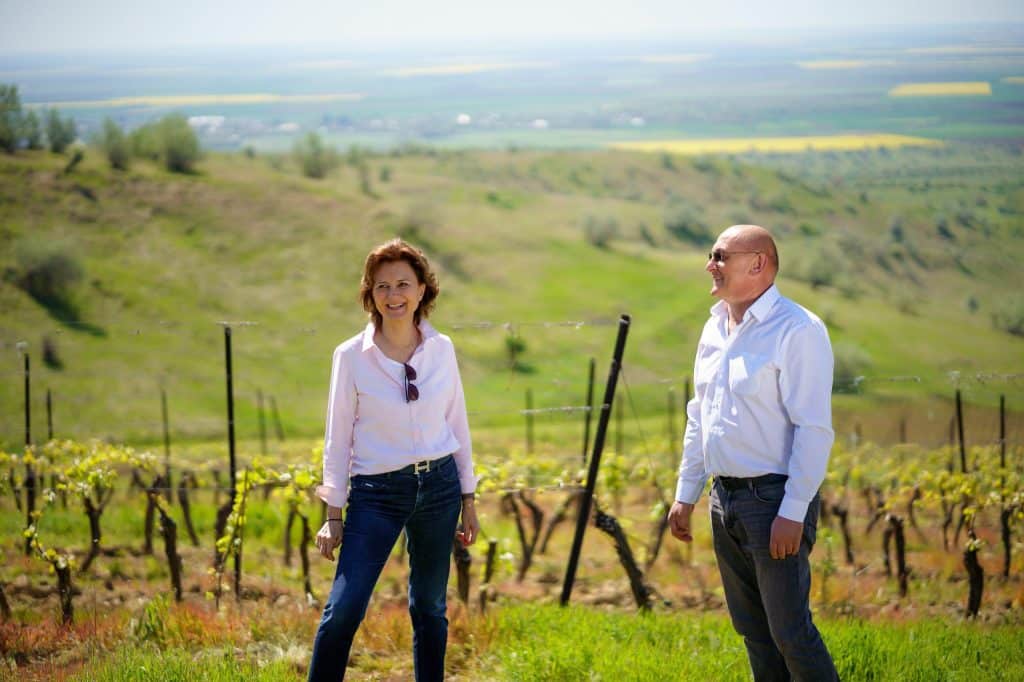 What’s the oldest wine you’ve tasted, in general, and in what context?

The oldest wine tasted was an Anjou wine, it was about 100 years old, a white wine, sweet, fortified, I tasted it in France, with friends there.

What has been the hardest wine to make in your career? For what reason?

I can say that the hardest was, emotionally especially, when I made the Guy de Poix 2011 harvest, it was the first "homage" wine, Guy had left us for a little while and we had a lot of pressure not to disappoint him.

For those who have recently entered the world of wine, but also for fans of Cuvee Charlotte, please remember the collaboration with Count Guy de Poix to make this wine in the early years.

Cuvee Charlotte came up as an idea in 1998, I was working at the time in collaboration with the former IAS Dyonisos. We worked together about 600 hectares of vineyards, from which we, SERVE, could select the best. In the fall of 1998 I bought the first barrels that I put in a cellar and in them I put my best, Feteasca neagra, Cabernet and Merlot. I watched their evolution with great interest and, in the end, I chose a few, from which I made the first assembly by Charlotte. It wasn’t easy, the challenge came from bottles, stoppers, quality things that were hard to find at the time, but it appeared on the market – and was very much appreciated by consumers – the first bowl, the Charlotte bowls . The name was chosen by Guy, charlotte being the eldest daughter of the dance.
We continued to do this in the years that followed, encouraged by the success in the market, we increased the quantity as the harvests allowed us, there were also years when we did not have Charlotte because of the quality of the grapes.
We have never had a recipe for this bowl, as we do not have for the others; Every year we try to put together the best to get something better than each wine, the wines are vinified and matured separately. Then laborious assembly drills are made and, when we are convinced that it is the right thing, only then do we do the assembly and put it in the bottle, where it waits until it reaches the desired quality.

What do you consider to be the most important achievements in your career as an oenologist?

I consider it a great achievement that I managed to remain the oenologist of the SERVE winery for more than 28 years and so I actively participated in everything that was and is beautiful in this winery, I managed to know everything starting from the vineyard and ending with the sale of wine and thus my imprint is there.
I managed to get my son to follow me in my career and I am proud of that.

In 2018, at RoVinHud Timisoara, you were awarded the title Winemaker of the Year. What did this award mean and what does it mean, in general, a wine awarded for the oenologist Aurel Rotarescu? And let’s not forget that SERVE Le Rouge & SERVE Le Blanc were recently silver medalists at the World Concours de Bruxelles.

The award obtained at RoVinHud meant a lot to me, especially since it came from my colleagues and in a special personal moment, it was a kind of recognition of the entire professional activity. In time, with serve wines I got many medals, of course everyone enjoys me, it’s a confirmation that my work is appreciated, that we are on the right track. What could be more beautiful?

What are the biggest challenges, for an oenologist, in Romania in 2022, in the current extremely difficult economic context?

In the current context, an oenologist must be very attentive to quality, to what is required in the market and to adapt the products to demand respecting the style of the winery. They need to keep up to date with the trends in the wine world in the context of climate change.

I imagine that for an oenologist wines are like his children, so it would be very difficult, if not impossible, to make an affective separation between them. However, do you have a wine produced at SERVE that you feel closer to?

As you say, all the wines are close to me. Some disappear faster, the pink ones, for example, that are more ephemeral; others can still see them after 20 years. Each wine has something special, I feel proud of the rosé wine, appreciated and sold until next autumn, but also of the Charlotte vats , wine that is in the market after 6-7 years from the moment of production; I think everyone says something, transmits to the consumer our passion and work. Sentimental, as I said above, Cuvee Guy de Poix is the wine I care about a lot.